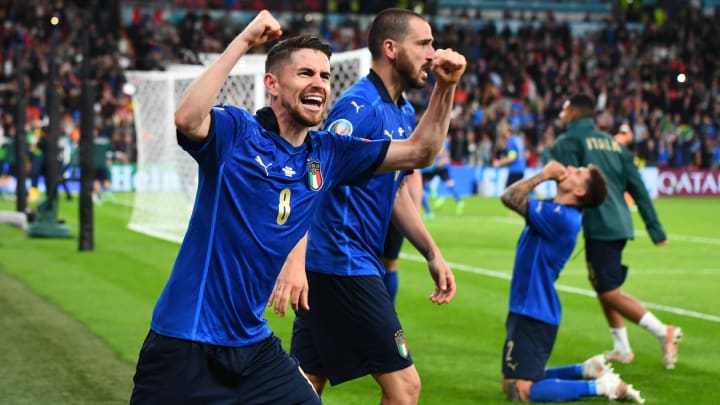 The Italian national football team has defeated their opponent, England, on penalties after 120 minutes of exciting football, to lift the EURO 2020, extending the English’s trophy-less era beyond five decades.

After the match, Italy’s celebrating supporters packed one end of a mostly deserted Wembley stadium and turned England’s anthem back on them as they sang Football’s Coming Home.

The irony would not have been lost on England’s players, fans, or manager, Gareth Southgate, as this was the joyous scene they had in mind at the start of a frantic, tension-packed night in an edgy Wembley atmosphere.

This was the party England and their fans were planning but once again they were left pressing their noses up against the window, their aspirations wrecked by a heartbreaking loss to Italy on penalties in the Euro 2020 final.

England’s despair was encapsulated by the sight of Arsenal teenager, Bukayo Saka, who waited anxiously to take a penalty he had to score in the shootout. The nation was watching and it was down to a rookie 19-year-old to keep the dream alive.

Meanwhile, Saka, who deserves huge credit for stepping forward and for his fine Euro 2020 in general, saw the giant figure of Italy goalkeeper, Gianluigi Donnarumma, keep out his spot-kick and it was all over for England. Again.

The chimes of Big Ben and the sight of the Red Arrows flashing overhead in the pre-match ceremony whipped Wembley into a frenzy – or even more of a frenzy.

And when Luke Shaw capped a lightning England start with a goal after two minutes, the players and their fans were dreaming of ending a 55-year wait as Italy were pushed onto the back foot.

Instead, on a nail-biting night, a familiar tale of disappointment and woe unfolded for the hosts, Italy first equalising through Leonardo Bonucci before the same old finale arrived in the shape of a 3-2 defeat on penalties.

It all seemed a world away from what went before, when England fans besieged Wembley hours before kick-off, during which it must be noted that there were unsavoury scenes of supporters bursting their way through barriers to gain entry to the stadium, with 45 arrests also made.