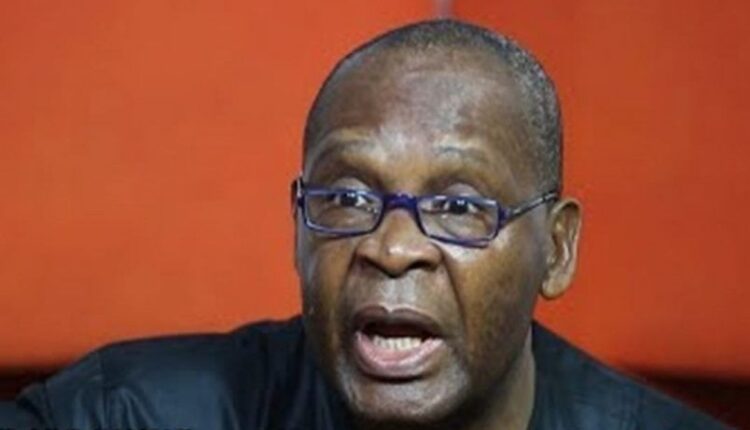 The property of an aide to the Lagos State Governor, Babajide Sanwo-Olu, on Drainage, Joe Igbokwe, was reported to have been allegedly attacked and set ablaze by members of proscribed Indigenous People of Biafra (IPOB) in Nnewi, Anambra State.

Igbokwo, an All Progressives Congress (APC), Lagos Chapter’s former publicity Secretary, property in the state was said to have been allegedly attacked by the group for his frequent condemnation of IPOB activities across the Southeastern states.

It was learnt that members of the group attacked and set the property of the governor’s aide ablaze at about 2 pm on Sunday, causing some commotion within the community in Nnewi. 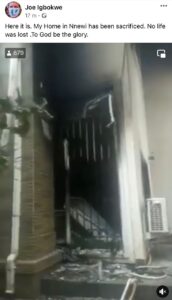 Speaking on the attack on his property, Igbokwe said that the IPOB members stormed his house with a Sport Utility Vehicle (SUV) loaded with jerrycans filled with fuel.

He noted that their arrival was captured through a Closed Circuit Television (CCTV) mounted at the entrance of the property that was set ablaze.

Igbokwe, who described the property as a worldly material and that it does not mean so much to him, hinted that his greatest regret was his study.

Through a short statement released on his official social media handle, the governor’s aide noted that part of his joy was that he was still alive and not hacked to death as earlier promised by IPOB members.

“IPOB invaded my house in Nnewi about now. I am sure they raised down my house giving the jerrycans of petrol I saw being offloaded from their Sienna car via CCTV. To God be the glory. I am still alive. My Study is my greatest regret. I thank God that I am still alive. Things of the world mean nothing to me”, he added.

Confirming the arson on the APC chieftain’s property, the Anambra Police Command spokesman, DSP Tochukwu Ikenga, said that efforts were on to ascertain the cause of the fire in the state. 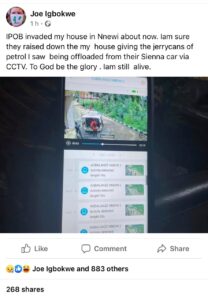 Ikenga said: “At about 2pm, of 3rd Oct 2021, the command received a distress call of a fire incident in Nnewi. The Police Operatives are currently on the ground and the area has since been cordoned off”.