JUST IN: I’ll not contest for governorship election again- Oni 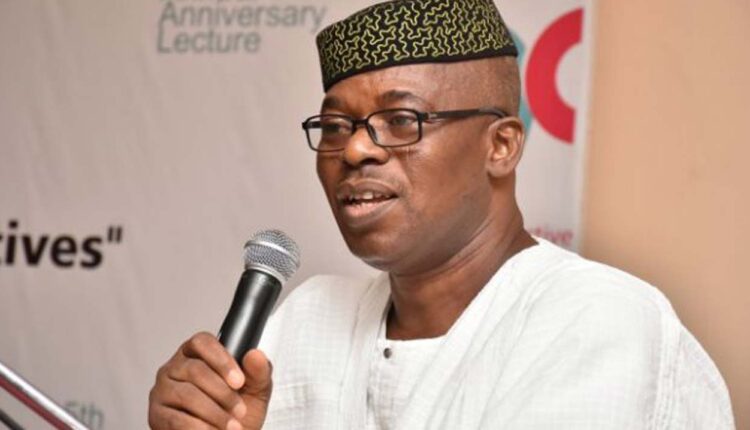 The Ekiti State former governor and candidate of the Social Democratic Party (SDP) in the June 18 governorship election, Segun Oni, has disclosed that the 2022 gubernatorial poll was his last shot at governing the state again.

Oni, who has rejected outcomes of the Ekiti guber poll won by the All Progressives Congress (APC) gubernatorial flagbearer, Biodun Oyebanji, said that either he is declared winner or not, there was no plan to become the state’s first citizen again.

As gathered, one of the reasons that formed the former governor’s decision that the 2022 poll was his last, was age, making him the most senior candidate that contested the poll at 67 years, and in another three months would be celebrating another birthday.

He announced his decision not to contest for Ekiti gubernatorial poll again on Thursday while responding to questions on a popular political television show on his plans going forward.

Oni noted that the time has come for him to serve his people in another capacity, particularly to help build a better democratic institution in Ekiti and across the country.

“We cannot abandon democracy and what should be done for the people because of a one-off thing like this, (referring to the governorship election). I personally believe that all well-meaning Nigerians should continue to work for the country’s development either serving as a public officeholder or not”.

The former governor, meanwhile, disclosed that he had no regret in joining Peoples Democratic Party (PDP), describing his decision to leave as the opposition party was due to injustice perpetrated against him.

“I do not regret leaving PDP because one of the major reasons that I have left all the parties that I had joined was due to injustice done against me and that formed my resignation from the PDP”.

It would be recalled that the Ekiti former governor came second during last weekend’s poll head across the state.