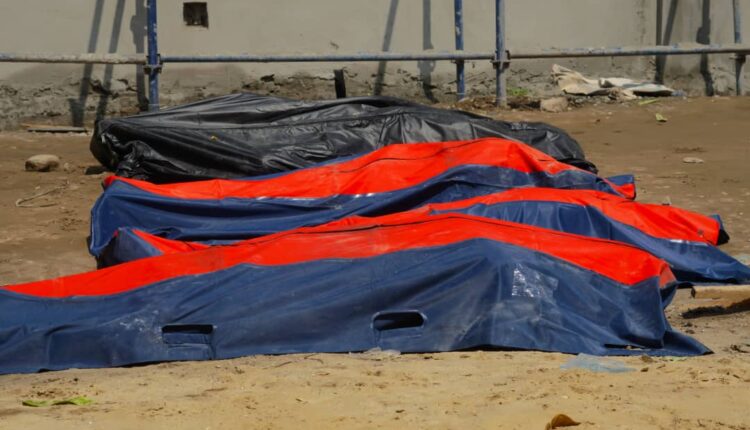 The rescue team at the site of the collapsed high-rise in Ikoyi axis of Lagos State has pulled out another body under rubbles of the ill-fated building, increasing the number of bodies recovered to 43.

Meanwhile, the number of Lagosians that have approached the state government, claiming that their loved ones were missing after the tragedy occurred has also increased to 49 across the state.

The recovery of another body under the rubble came barely one week after the controversial structure under construction caved in on workers and the owner, Femi Osibona.

Confirming the recovery on Sunday, Commissioner for Information and Strategy, Gbenga Omotoso, said that efforts were still ongoing to ensure none of the victims’ bodies were left under the rubbles.

Omotoso, through a statement made available to newsmen, hinted that members of the victims’ families have started visiting the Infectious Disease Hospital (IDH) in Yaba for identification of their loved ones that died after the building came down.

He said: “One more body has been recovered from the site of the collapsed 21-storey building in Ikoyi, Lagos. The recovery of the body has brought the number of bodies retrieved from the rubble to 43”.

“There are 15 survivors and 49 persons have reported that their loved ones are missing. At the Infectious Disease Hospital (IDH), Yaba, the identification of bodies continues”, the commissioner added.

Also, the State Emergency Management Agency (LASEMA) has commenced a ‘controlled demolition’ at the site of the collapsed building in Ikoyi.

Workers of the agency ripped the estate entrance structure apart with an excavator on Sunday afternoon – as part of their emergency operation at the scene of the incident which has claimed more than 40 lives.

The two other towers beside the one that caved in on Monday, November 1 have been left untouched as agencies of government continue to clear the rubble at the site.

Earlier, the State Governor, Babajide Sanwo-Olu, has, however, said that the other two structures would be subjected to “ageing analysis”.