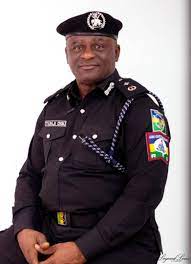 In recognition of his past achievements, the Inspector General of Police (IGP) Alkali Baba, has appointed Deputy Commissioner of Police (DCP), Tunji Disu, as the Head of Police Intelligence Response Team (IRT), in order to ensure that law enforcement improves across the country.

Disu would be taking over the mantle of leadership of the tactical team constituted to stem insecurity in Nigeria, following the suspension of the former head, Abba Kyari, after the United State security agency linked him to a $1.1 million fraud case perpetrated in Qatar by a suspected fraudster, Ramon Abbas popularly called Hushpuppi.

Approving the change in IRT leadership, Baba said that the decision to appoint Disu, the former Commander of the Rapid Response Squad (RRS) Lagos State, was taken to fill the gap within the unit and refocus the IRT for better service delivery.

The Police boss, while hinting that the deployment was with immediate effect, charged the new Head of the IRT to demonstrate his professional competence in his leadership of the Unit.

Baba, in a statement released by the Force Public Relation Officer (FPRO), Frank Mba, on Monday, assured Nigerians that the IRT would not be affected by the recent developments that led to the suspension of Kyari who was alleged to have engaged in actions that were contrary to the office responsibilities.

The IGP added that the IRT, under his tenure, would remain focused and discharge its duties in line with national statutes and international best practices.

Before the new office, Disu was the Deputy Commissioner of Police, Department of Operations, Force Headquarters, Abuja, and had previously served at the State Criminal Investigation Department (SCID) for Rivers Command as the Deputy Head of the Unit.

Considering his dedication to duties assigned to him, Disu was appointed to lead the Nigeria Police Contingent to the African Union (AU) Peace Keeping Mission in Dafur, Sudan.

As gathered, Disu’s achievements over the years were some of the reasons the Lagos State Government requested for his deployment to head RRS, in order to stem insecurity across the state.