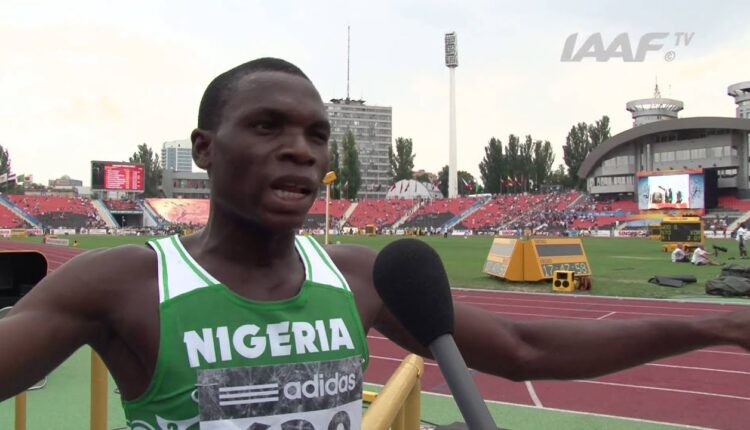 The Nigerian 100 meters athlete, Divine Oduduru, and his Togolese counterpart, Dabla Fabrice, have been disqualified by the  International Association of Athletics Federations (IAAF) from the 100 meters races at the ongoing Tokyo Olympic games after they were responsible for second false starts in their respective heats.

Both athletes, who were on lane two of the fifth and sixth heats respectively, were shown the exit door from the race after the false starts recorded during the race were due to their actions.

Before Oduduru’s suspension, the athletes on the round one heat five of the 100 meters were cautioned to wait for the start-gun sound before making any move on track.

After the warning, the umpires discovered another false start during the race on Saturday and findings revealed that the Nigerian athlete was responsible for the action and was disqualified from the race won by Canadian athlete, De GRASSE Andre, at 9.91 seconds.

After Oduduru, his Togolese counterpart, Dabla, who was in heat six, also suffered the same fate as the Nigerian athlete after it was discovered to have been reasons for the false start experienced during the race.