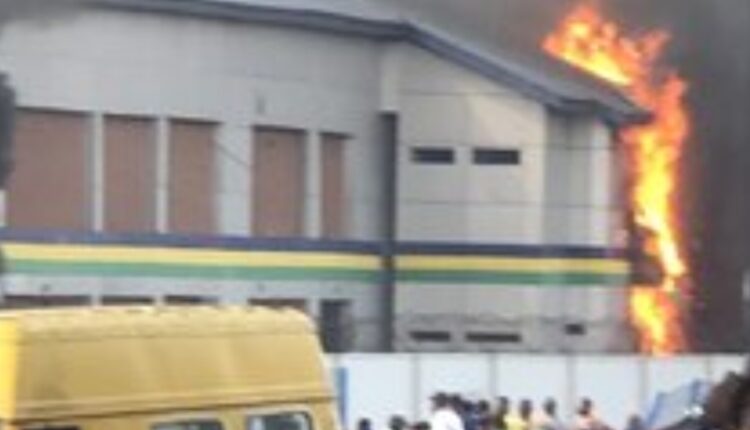 Hoodlums said to be masquerading as youths protesting against police brutality have reportedly set Police Station on fire in Apapa  Iganmu axis of Lagos State.

They were said to have begun wrecking havoc and attacking residents in the area after they hijacked the protest from youths peacefully marching against police brutality and bad governance in Nigeria.

As gathered, the attack on police station was said to be unconnected with ongoing protest in the area and that the development was a retaliation attack by residents after a police officer allegedly killed a young boy.

Part of retaliation moves by the hoodlums, it was learnt, was to use the ongoing protest opportunity in launching attack on the police facility and destroy properties worth several millions of naira under the guise of protesting police brutality.

A source in the area who confided in The Guild, said that the attack was not carried out by those marching against police brutality and bad governance in the country and that the said officer’s action led to setting the facility ablaze by irate youths.

“It has nothing to do with protesters, according to reports. A police officer was said to have shot a young boy and it got people in the area angry. Sadly, that’s the result of their action,” the source who spoke on condition of anonymity said.

When contacted, the Lagos State Police Command’s spokesperson, Olumuyiwa Adejobi, said that the command was monitoring the situation across the state and would react appropriately.

“The command will react as at when due please. We are monitoring the situation across the state. But I guess it’s taking a new dimension generally. But we shall speak soon,” he said.