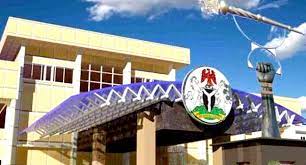 Activities at the Imo State House of Assembly were reported to have been halted after sounds of gunshots enveloped the premises following the suspension of six lawmakers by the speaker, Paul Emeziem, for allegedly engaging in unparliamentary conduct.

Aside from the suspension, Emezim also dissolved all standing committees of the house and removed the Chief Whip of the house, Authur Egwim, (Ideato North, APC), and replaced him with Obinna Okwara (Nkwerre, APC).

The Guild gathered that gunshots were said to have been shot by hoodlums, who had earlier occupied the premises, shortly after the lawmakers were suspended and that this forced legislative aides and visitors to scamper for safety.

The indefinite suspension imposed on the six lawmakers during an emergency plenary held under tight security at the Assembly complex in Owerri, came barely four months after Ogbuagu was removed and replaced with the member representing Owerri West state constituency, Kanayo Onyemechi, who was said to be among the Speaker’s 12-man disciples.

Speaking on the dissolution of the committee, the Chief Whip of the house, Egwim, said that he and other colleagues got a message through the clerk of the house on their official social media platform that there would be an emergency meeting on Thursday after the House had 24 hours before to reconvene on July 14.

“We got to the complex by 10am but we didn’t see the speaker. We kept waiting until when the speaker came and we moved into the chambers and signed the attendance register. The speaker immediately without recourse to the rules of the house announced the dissolution of all standing committees of the house and removed the Chief Whip of house and announced, Obinna Okwara, in his place.”

“He abandoned the rules of the house and imported his own. Other lawmakers raised concerns but the speaker didn’t care. In the end, he announced that he had suspended the six of us for unparliamentary conduct.”

Another suspended lawmaker, Ibeh, who was asked what would be their next action after the suspension, stated that he would wait for the APC leadership to resolve the crisis between them and the speaker.

“I will wait for an opportunity to speak with the governor so that I will tell my own side of the story. But talking about legal redress, that is not within my consideration for now. I have suffered many political persecutions in the parliament so I have taken it as one of those persecutions”, he added.