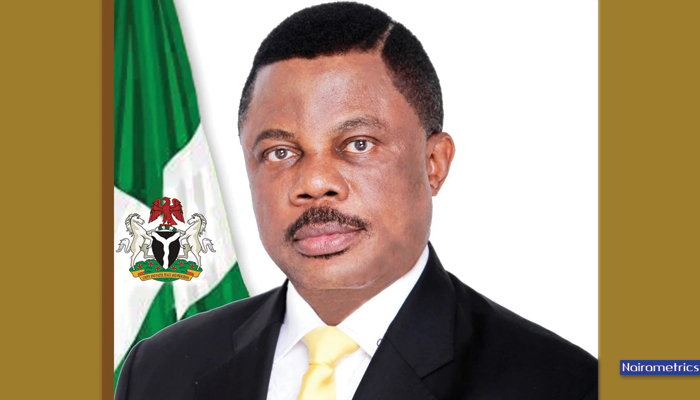 Ahead of the November 6th gubernatorial election in Anambra State, gunmen suspected to be members of the proscribed Indigenous People of Biafra (IPOB), were reported to have disrupted the campaign rally of All Progressives Grand Alliance (APGA) and held the convoy of the Governor, Willie Obiano’s hostage.

As gathered, the gunmen held the governor’s convoy for about one hour while also shooting sporadically in the air to scare all party members from the scene.

The gunmen were said to have attacked the governor and APGA members that had converged on Tuesday to solicit residents support for their gubernatorial candidate, Prof Chukwuma Soludo, who was about to speak to the people on the upcoming poll when the gunmen struck at Odata Secondary School in Ihiala Local Government Area of the State.

Speaking on the attack, Anambra Police Command’s spokesperson, DSP Toochukwu Ikenga, meanwhile, said that the governor’s convoy was not in Ihiala when the attack was launched.

The commissioner for information and Public Enlightenment, Don Adinuba, said that “The governor was about 30 kilometers away from Ihiala when the attack in Ihiala was repelled.
“The governor’s convoy was not attacked, what happened was that we got intelligence about the Ihiala attack, and the Ihiala rally did not hold.”
A source told newsmen that the APGA rally was billed to hold in Ogbaru and Ihiala, and while the Ogbaru rally was ongoing, gunmen attacked the Ihiala venue, even before the governor arrived the area.
“The attack on Ihiala caused panic among some people in Ihiala, as they thought the gunmen may move from Ihiala to Ogbaru, the venue of another rally. The governor’s convoy was never attacked,” the source corrected.