We want to restore peace among Lagos NURTW members-… 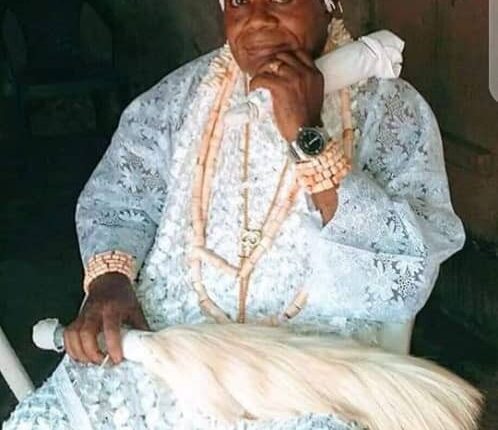 An Ondo State monarch, the Olufon of Ifon, Oba Isreal Adeusi, was said to have been assassinated by gunmen that attacked his vehicle at Elegbeka axis of the state.

As gathered, aside from the monarch, other two occupants of the vehicle were unhurt by the gunmen who also did not leave with any of the traditional ruler’s belongings after perpetrating the act.

It was learnt that the monarch’s vehicle was attacked by the gunmen at about 4pm on Thursday while returning from Akure, the state capital, where he went to attend a state function.
On approaching Elegbeka axis, where the road was reported to have become dilapidated, the vehicle slow-down to avoid accident, and the gunmen accosted his vehicle and shot at him.
After the gunmen left, the other two occupants were said to have rushed him to the State Federal Medical Centre where he was further confirmed to have passed on.
A relative to the deceased monarch narrated: “The monarch was in his official car which had his customised number plate. He drove to Akure for a meeting. But on his way back, on getting to a rough road along Elegbeka, he was accosted by the gunmen who later shot at him”.

Lagos Govt. to place over 1000 pregnant under medical study, healthcare