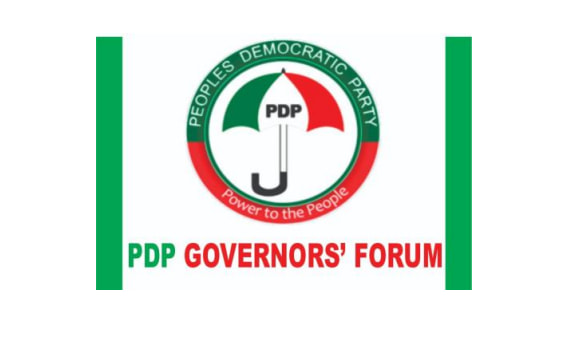 Ahead of the People’s Democratic Party (PDP) national convention, Governors elected on the party’s platform were reported to be meeting to discuss the position of the national chairman and other executive office seats expected to be filled during the two-day exercise as well as the convention processes.

In the ongoing meeting, it was learnt that the governors would also be discussing party matters and reports of various committees on preparation for the convention.

At the ongoing meeting, the Chairman of the National Convention Organising Committee, Fintiri, sources said, briefed his colleague on the preparations made to ensure a hitch-free exercise.

As gathered, the ongoing meeting was been held at the Akwa Ibom State Governors Lodge in Asokoro, Federal Capital Territory (FCT) Abuja.

Confirming the meeting, former lawmaker, Dino Melaye, said that the aim of the meeting was basically to ensure that the party becomes stronger and to speak in unison on any issue that affects the party.

The meeting is been held less than 24 hours before the hearing of a court case instituted against the party, to stop the convention scheduled for next Saturday.