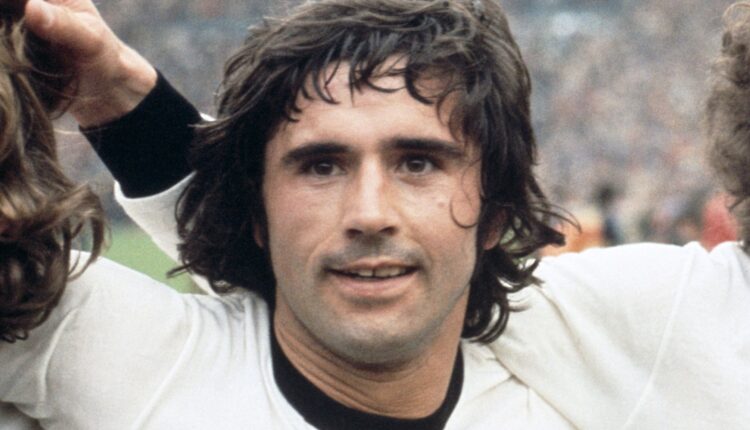 The German national football team’s former striker, Gerd Muller, has been confirmed to have passed on at the age of 75 after suffering brain damage in the country.

Muller, who was the second-highest goalscorer for the national team with 68 goals behind Miroslav Klose, 71 goals, lost the battle to Alzheimer’s disease.

The striker, recognised for his contribution to the development of German football with different records, was said to have died on Sunday, barely three months to his 76th birthday.

Shortly before his 70th birthday in 2015, Muller, who holds the highest goalscorer in the German league, Bundesliga, had been diagnosed with Alzheimer’s disease.

Alzheimer’s disease, according to experts, is a progressive neurologic disorder that causes the brain to shrink and brain cells to die and had been identified as the most common cause of dementia, a continuous decline in thinking, behavioral and social skills that affects a person’s ability to function independently.

While in active football, the late striker scored 68 goals in 62 appearances for West Germany, including the winning goal in the 1974 World Cup final as West Germany defeated Netherlands 2-1 in Munich.

Muller won the Golden Boot for netting 10 goals at the 1970 World Cup and scored a record 365 goals in 427 Bundesliga games and 66 goals in 74 European matches during his 15 years at Bayern.

He also held the record for the most goals in a calendar year after scoring 85 in 1972 until Argentina and Barcelona forward, Lionel Messi, surpassed his total 40 years after.

The deceased, who was survived by wife, Uschi, and daughter, Nicole, death was announced by his former club, Bayern Munich, through a short statement on its official social media handle, saying: “Today the world of FC Bayern stands still.

According to the club, the German record champions and his entire fan base mourn Gerd Muller, who died early Sunday morning at the age of 75.

Reacting to the development, Bayern president, Herbert Hainer told the club website: “Today is a sad, black day for FC Bayern and all of its fans.

“Gerd Muller was the greatest striker there has ever been – and a fine person, a personality in world football. We are united in deep sorrow with his wife Uschi and his family. Without Gerd Muller, FC Bayern would not be the club we all love today. His name and the memory of him will live on forever.”