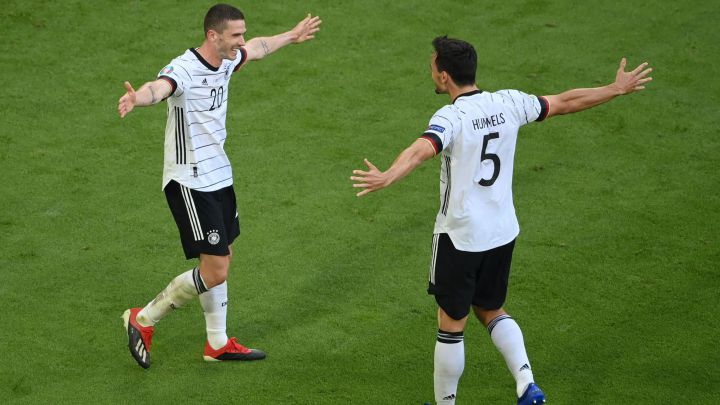 The German national football team has defeated Portugal’s team 4-2, to extend their unbeaten run against the senior national team to five games at the 2020 European nation’s tournament.

Although the German conceded a goal 15 minutes into the game but turned the game around after Portuguese defender, Rúben Dias, scored against his team following his inability to clear German winger, Robin Gosens, cross into the box.

Portugal, who were defending champions of the tournament, had kicked start their campaign five days ago with a win against the Hungarian team but could not break the jinx when they confronted their arch-rival, Germany, even after they took the lead through Cristiano Ronaldo.

The Germans started the game on Saturday brightly and five minutes into the encounter had thought Gosens had given them a lead, only for the goal to be ruled out for offside against Serge Gnabry.

Ronaldo then shocked Low’s men with a counter-attacking opener before own goals from both Dias and Raphaël Guerreiro gave the Germans a half-time lead.

The German, who realised the threat posed by their opponent, pilled pressure on them, and the team was rewarded after the Portuguese succumbed to Kai Havertz and Gosens threats, allowing both players to increase the tally to four goals against one.

At the 67the minute of the game played before thousands of football enthusiasts at the Allianz Arena, the home ground of German football club, Bayern Munich, Portugal, and Liverpool forward, Diogo Jota, reduced the deficit to two goals.

In order to prevent another goal from been conceded, the Germans coach introduced Borussia Dortmund defender, Emre Can, and Niklas Süle of Bayern, to prevent Ronaldo and André Silva, who scored 28 goals during just concluded German Bundesliga season, from gaining access to the balls within their box.