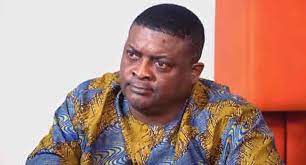 The eldest son of the late legal luminary, Gani Fawehinmi, Mohammed, has been reported to have passed at the age of 52 after allegedly contracting coronavirus in the state.

As gathered, Mohammed fell sick about a week ago and results conducted on him further showed that the deceased died of coronavirus-related ailment.

A close friend to the deceased family told The Guild that the son of the late legal luminary was confirmed dead at about 12: 45 pm on Wednesday.

When our correspondent probed further on the location and other details surrounding his death, the source declined to disclose the name of the medical facility where he was treated and later passed on but stressed that the tests conducted by medical experts at a hospital proved that he had passed on.

A close friend of the deceased told the Guild that Mohammed fell sick about a week ago and had been on self-isolation, saying the last time we had any discussion was last week ago and I thought that he wanted to rest.

For confirmation, when our correspondent called the deceased direct number, his aide meanwhile claimed that Mohammed was resting and does not want anyone to disturb him.

Mohammed was born on February 21, 1969. He had his primary school at Kotun Memorial School, Surulere, Lagos and his secondary education at Federal Government College, Sokoto.

It would be recalled that on September 23, 2003, while returning from his father’s law firm, Mohammed had a lone car accident that confined him to a wheelchair.

Speaking a few years ago on the challenge of practicing law while in a wheelchair, Mohammed said: I look at my ordeal as part of life’s ‘buffet’, just like it served my late father on several occasions. I feel I’m in a mini detention centre at the moment, but then, I’m positive that one day, I’ll be free. But I’m glad that I have been able to practice as a trained lawyer despite the tragedy that I’ve encountered in life.”

He remained unmarried due largely to his condition but expressed willingness to settle down if the right lady who loved him and was willing to accept his condition came his way.

“I am very optimistic that one day, I am going to walk again but then I’ll be glad if it will be to walk down the aisle with my soulmate. I really want to marry and have children. I think about this every day,” he said.

Despite being born to a notable father, Mohammed suffered stigmatization due to his health condition. Narrating his sad experience in an interview some years ago, Mohammed said: “A lot of people treat me like a leper on many occasions as a result of my condition. People say all sorts of nasty things to me and call me all sorts of names. But because I knew that those words cannot limit my progress in life, I just ignore such.”