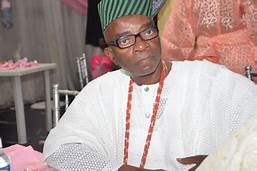 A former minister of finance, Jubril Martins-Kuye, has been reported to have died at the age of 78 in his hometown, Ago-Iwoye, Ogun State.

Martins-Kuye, who served as a minister under former President Olusegun Obasanjo and later with the administration of President Goodluck Jonathan, was said to have died on Sunday.

A relative to the deceased, who disclosed the trained chartered accountant’s death, stressed that the family was yet to make it official considering his status in the country particularly in Ogun politics.

As gathered, he could be buried shortly after 4:00 p.m. in accordance with Islamic rites in Ago-Iwoye, even as family was yet to give details of what transpired before his demise.

Martins-Kuye, after several years in private practice across the country and overseas, ventured into politics and was elected a senator in 1993 under the truncated Third republic.