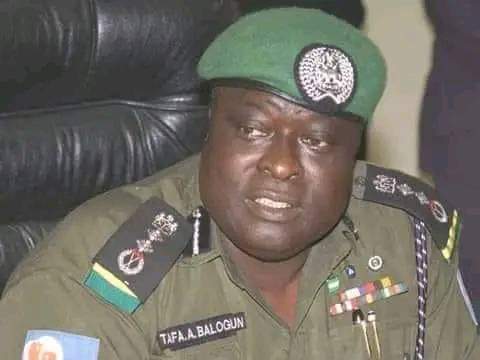 A former Inspector-General of Police (IGP), Mustapha Balogun, has been reported to have passed on after a brief illness at the age of 74 in Lagos State.

The former police boss was said to have been pronounced dead by the medical experts at a private hospital within the Lekki, Eti-Osa Local Government axis of Lagos.

Balogun, as learnt, died on Thursday at the hospital, barely three weeks before his 75th birthday when he was expected to have celebrated the milestone with friends and family.

The ex-police boss was said to have breathed his last at about 9 pm after all efforts by medical experts at the hospital to get him treated proved abortive.

It would be recalled the 21st IGP was born on August 8, 1947 in Ila-Orangun in Osun State, and his sterling contribution to the country’s security was marred on April 4, 2005 after he was arraigned at the Federal High Court, Abuja for stealing and laundering of over $100 million in his three years as police boss from the security agency’s treasury.

The Economic and Financial Crimes Commission (EFCC) under Nuhu Ribadu brought 70 charges against him, covering the period from 2002 to 2004 when he was the Inspector General of Police. He made a plea bargain with the court in exchange for returning much of the property and money. And was sentenced to six months in jail.