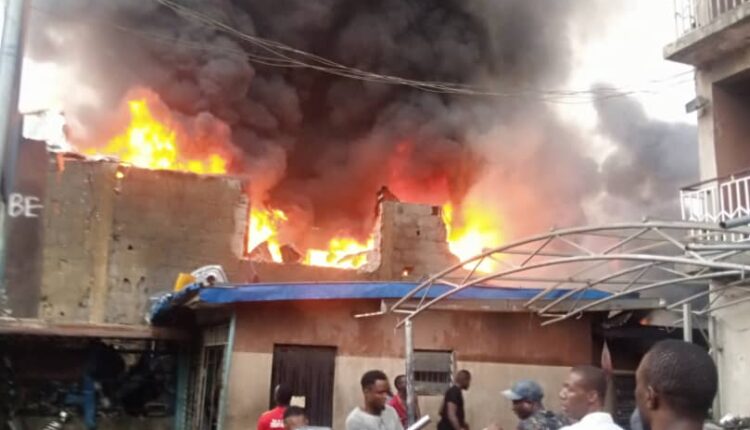 Property worth millions of Naira were reported to have been destroyed after fire gutted a section of a popular vehicle spare parts market, Ladipo Market, in Mushin Local Government, Lagos State.

The fire was said to have emanated from a shop dealing in vehicle spare parts in Alapeju section of Ladipo Market, and was already spreading to other shops where inflammable wares were stocked by the traders.

As gathered, the fire started at about 8am on Sunday and had attracted residents as well as forced traders to leave their homes in other to either remove their wares or assist in putting out the inferno.

Confirming the inferno, the Lagos State Government through the state Fire and Rescue Service, said that its officials were already at the scene battling to prevent fire from spreading to other sections within the market.

The Guild further gathered that the officials were alerted of the disaster after quelling a resident apartment that went up in flames at 36, Abeokuta Expressway, Cement axis of Dopemu, Agege Local Government.