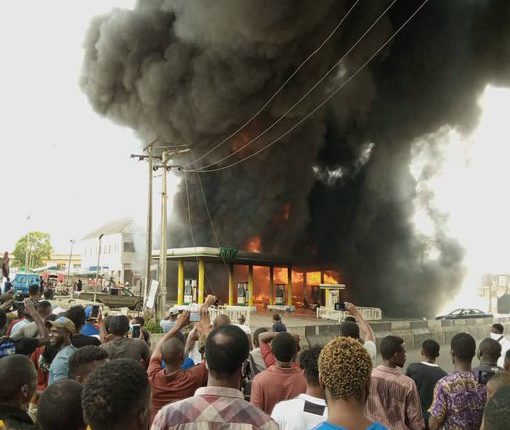 It was gathered that the fire, which started at about 2pm on Monday, has enveloped the facility and spread to about four houses within the community, forcing residents and passersby to scamper for safety.

An official of the Lagos State Fire Service, who spoke on anonymity, told our correspondent they are at the scene to prevent the fire from spreading and put it off after. 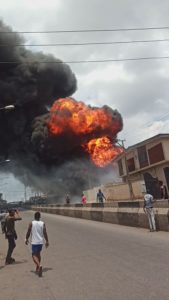 Oke–Osanyintolu, in a statement made available to newsmen by LASEMA Public Affairs Officers, Nosa Okunbor, said: “Though the cause of the fire has been attributed to an outbreak from one of the parked NNPC oil tanker trucks, all efforts are ongoing by LASEMA and it’s co-responders to curtail the fire quickly before it escalates”.

“Upon arrival at the incident scene, it was observed that a tanker inside the NNPC caught fire which culminated in the spread of the fire to buildings nearby. Efforts are ongoing by the agency’s officials led by the DG/CEO and men of the Lagos State Fire Service and the Federal Fire Service to combat the inferno.

“Rescue and operation are ongoing while we appeal to members of the public to keep away and allow the responders to complete their work,” he added.