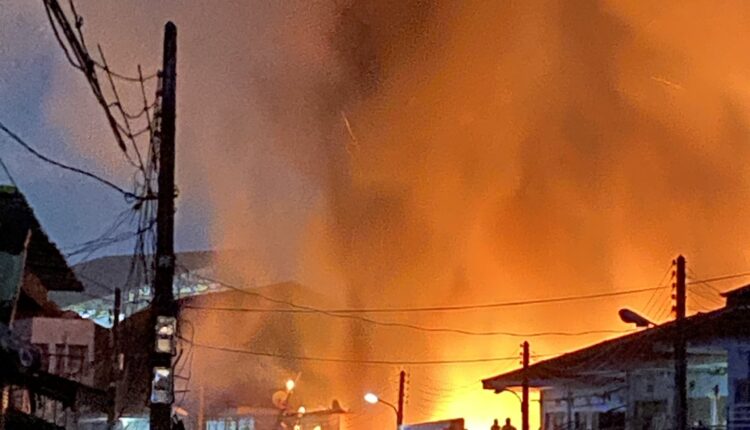 Less than two hours after traders of a popular market, Kairo, in Oshodi, the market was reported to have been gutted by fire that has destroyed property worth millions of Naira.

As gathered, the fire that has wreaked havoc at the market was said to have started at about 8 pm when the entire traders had left the premises for their respective homes across Lagos State.

It was learnt that the officials of the Lagos State Fire Service were currently battling to put out the fire before spreading to other buildings in Oshodi-Isolo Local Government.