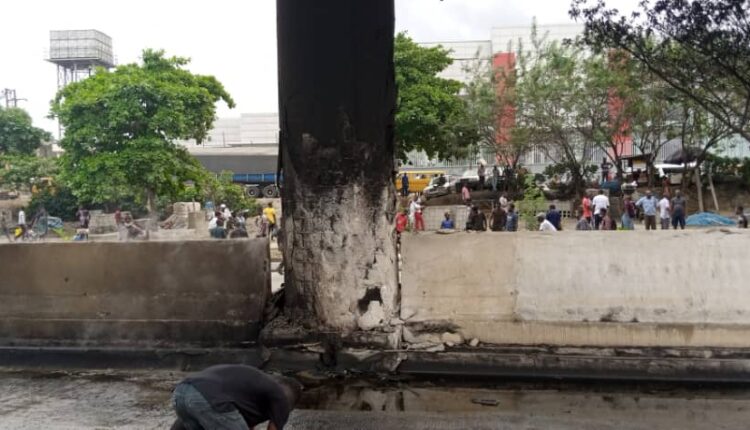 Following the tanker explosion recorded on Apapa-Oshodi expressway in Lagos State, the Federal Government has directed indefinite closure of Apakun bridge at Toyota bus-stop pending outcome of an integrity test set to be carried out on the facility.

The government said that the integrity test was to ascertain if the bridge was safe for vehicular movement after been affected by the fire that emanated from the tanker that exploded on Apapa-Oshodi expressway.

Confirming the closure, Federal Controller of Works in Lagos, Olukayode Popoola, in an interview with The Guild on Thursday, said that the decision was the only strategy available to prevent another round of tragedy on the bridge.

Popoola, who added that the date for the integrity test has not been fixed, explained that examination to be carried out required thorough assessment and that the outcome would determine fate of the facility.

According to him, the test we are about to carry out is not what can be done in a rush. We have to ensure all necessary procedures are adhered to during the process.

“I want to assure the public that what we are doing is for their interest and we want to give them the assurance that the facility will be made available at the appropriate time”, he added.

Also, the General Manager of Lagos State Emergency Management Agency (LASEMA), Dr. Olufemi Oke-Osanyintolu, stated that vehicles would not be allowed to access the bridge.

Oke-Osanyintolu, in a short statement made available to newsmen, said: “The bridge remains closed to vehicular traffic subject to integrity testing to be carried out by the Federal Ministry of Works.

“Residents are urged to exercise caution as the product, while diluted with chemical treatments, is still at risk of being ignited by naked flame. We appreciate the cooperation of joint responder agencies and road users”, the general manager added.