68 inmates die, dozens others injure during prison unrest in… 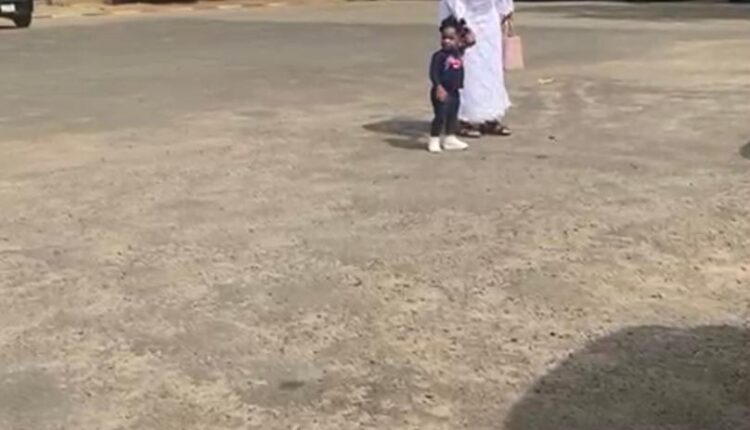 In compliance with law and order in Lagos State, a fashion stylist, and the Erelu Okin, Pearl Ogbulu, and her baby have reported before the Lagos Command of the Nigerian Police, following her invitation on the distribution of jerry cans filled with Petroleum Motor Spirit (PMS) as souvenirs during her coronation party in the state.

It was gathered she and her daughter reported to the police for questioning and explained that the actions were not intentional but just to assist Nigerians that would be attending his coronation party not to queue for the product while returning home from the event.

As learnt, she and her baby walked into the Police Command in Ikeja on Tuesday, as a way to prevent the policemen from embarking on a search for her over the incident. 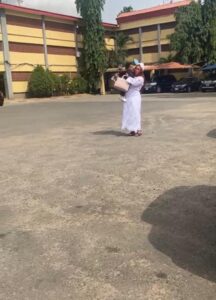 A source at the Command told our correspondent that Erelu Okin and her daughter walked into the Command at about 9:30 am and that she identified herself and explained the reasons for her visit.

The source told The Guild that the traditional chief stated that her visit was due to the Commissioner of Police, Abiodun Alabi’s directive that she presents herself for questioning over the incident that occurred last weekend in Oniru axis of Eti-Osa Local Government.

Another police officer told our correspondent while the fashion stylist was at the Command, she was opportune to see the Commissioner of Police who directed that the Erelu Okin to visit the station in Oniru axis where the event was held and tender her statement before the law enforcement officers.

Confirming her visit to the Police headquarters, Erelu Okin said that she did that to assist the law enforcement agency in the ongoing investigations on the souvenir that were distributed during his coronation party.

The Fashion stylist apologized and stressed that his intention was not to endanger the lives of Lagosians, just as she assured Lagosians that the office of the Erelu Okin would continuously support the safety of all Nigerians.

She confirmed the development in a statement released after the visit to the police on her official social media handle, disclosing that she has written an apology letter to the office of the Lagos State Governor, Babajide Sanwo-Olu.

The statement read: “I have come again on bended knees to say I am sorry about the petrol souvenir. I have ‘reported’ myself to the police this morning to help with their investigation

“My intent is to help on their investigation to the unfortunate incident. I am thankful that my error in judgment has not caused damage and I plead with you all not to throw the baby away with the dirty water

“I am sorry and my intent was never to endanger anyone or abuse your sensibilities. Do not destroy me because of my unintentional error. I have come to regret my error

“I want to use this opportunity to thank all my loved ones for their support. Your kind words have helped my mental health. I will remain focused and put effort into the community”.

JUST IN: Lagos Police, others take over Ojota ahead protest against fashion designer’s murder