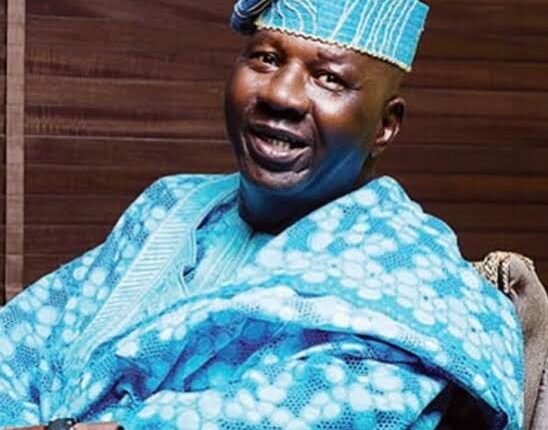 In accordance with Islamic rites, family members, Nollywood actors, and actresses have laid veteran comedian, Babatunde Omidina popularly called Baba Suwe remains to rest, amid eulogies from governors, individuals, as well as corporate Organisations across the country and abroad.

The body of the late comedian was laid to rest at his home in Ewu-Elepe axis of Ikorodu Local Government, Lagos State, in a grave dug beside his late wife, Monsurat, who was also a comedienne and had passed on years ago.

At his home on Thursday, Baba Suwe remains was committed to mother earth at about 11 am after he finally succumbed to a protracted ailment that attracted donations from the State Governor, Babajide Sanwo-Olu.

Muslim clerics from the community, who supervised the burial, prayed for the deceased actor’s family and urged them to accept his demise as Allah’s wish, as well as, sustain his legacies. 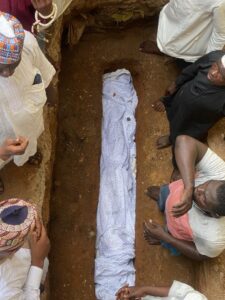 Before the rites were performed, a lying-in-state was done at Baba Suwe’s home for his fans to pay their last respect to a man that had often been described by millions of Nigerians as a legend and the king of comedy in the Nollywood industry.

Inspite of the family’s postponement of the burial rites by three days to allow his children abroad to witness the activities, the home of the Comedian became Mecca of sorts with different groups and men as well as women from all shades of life trooping to register their condolences.

The delay was announced by his son, Adesola Omidina, who disclosed that the burial would be held at his father’s residence in Ikorodu, Lagos.

However, the cleric that handled the burial, Ahamad Alfulanny, expressed dissatisfaction over the un-Islamic practices exhibited by the family and other well-wishers.

“There are so many things that they are doing, that are un-Islamic. Like they put his body in a casket. And before that, they had delayed his burial than expected”, he added.

He said though, Baba Suwe, until his demise, was a celebrity Muslim, which does not give room for unnecessary jamboree during burials.

“There are so many things that they are doing, that are un-Islamic, they put his body in a casket.  Some other well-wishers even said they want to take his body round, but the family has told us they won’t bury him with his body inside the casket.”