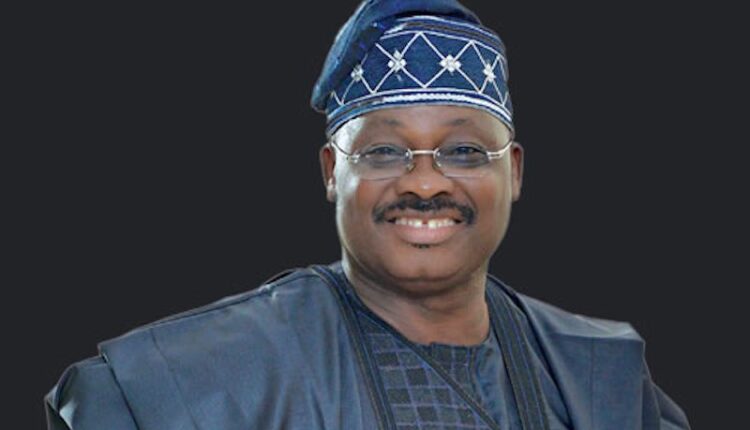 After several deliberation, Family of Oyo State late former Governor, Abiola Ajimobi, has announced that the deceased burial would hold on Sunday, June 28 in accordance to national Center for Disease Control (NCDC) directives.

The family announcement came barely 24 hours after it confirmed the demise of the immediate past governor who passed on at age 70 after a brief illness in the country.

Confirming the development, Special Adviser to the late ex-governor, Bolaji Tunji, in a statement made available on Friday to newsmen, stated that the date for the burial was reached after consultation between Lagos and Oyo state governments.

Tunji said that the deceased body would be interred at the Senator Ishaq Abiola Ajimobi Central Mosque, Oke Ado, Ibadan at about 12noon after the traditional Muslim prayers.

He said: “In close consultation with the governments of Lagos and Oyo States, the date for the burial ceremony has been announced. Barring any changes, his body will be interred at the Senator Ishaq Abiola Ajimobi Central Mosque at Oke Ado, Ibadan at 12noon on Sunday the 28th of June 2020 after the traditional Muslim prayers.

“To ensure that strict COVID-19 protocols are adhered to and in light of the current circumstances of our national health challenges, the family appeals to the public to observe strict adherence to COVID-19 protocols in their participation. Furthermore, details of the live media coverage of the funeral ceremony will be made public by tomorrow.

“In the near future, details of a larger funeral gathering will be announced where a lot more of his well wishers will have the opportunity to pay him their respect”.