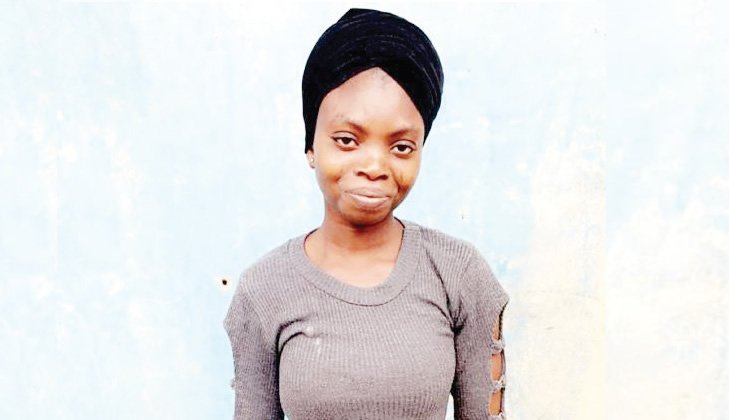 Family members of the 25-year-old salesgirl, Jumoke Oyeleke, killed by a stray bullet during the Yoruba Nation rally in Ojota axis of Lagos State, has been buried at a cemetery in Lagos Mainland Local Government.

During the burial rites, tears and tributes continued to rain from a few members of the family that accompanied the salesgirl remain to the cemetery for burial and stressed that they need justice.

The deceased lady was laid to rest at the Atan Cemetry in Yaba on Friday at about 12 pm and the burial rites were attended by less number of the family and relatives.

Speaking on behalf of the family, the uncle to the deceased lady, Wasiu Afolabi, said that the family seeks justice for her niece, saying the Police has not been fair in their investigations.

Afolabi added that all claims made by the law enforcement officers were incorrect and that the family currently awaits outcome of the ongoing court case instituted against the Lagos State Government and Nigerian Police.

Jumoke, who was working as an attendant at a shop, was killed by a stray bullet fired by one of the Police deployed by the Commissioner of Police, Lagos Command, Hakeem Odumsou, to prevent demonstrators from holding a rally on July 3 at the Gani Fawehinmi Park, Ojota.