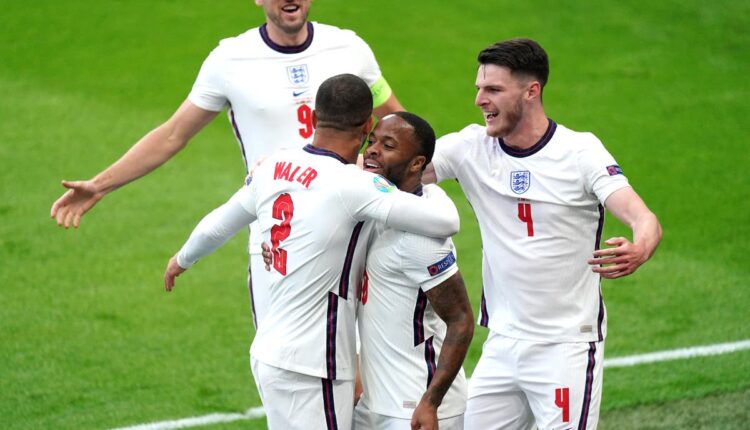 The English national football team has edged out their opponent, German team, from Euro 2020 after scoring 2-0 goals during second-half of the game to proceed to the next stage of the competition that was delayed over the Coronavirus outbreak last year.

During the match, England struck first through Raheem Sterling, who scored the winners against Croatia and the Czech Republic in the group stage, and increased the tally with a late-minute shot from Tottenham Hotspurs striker, Harry Kane.

The victory on Tuesday ended England’s 55-year wait for a knockout tie victory over Germany amid scenes of huge tension and elation at Wembley to reach the Euro 2020 quarter-finals.

As the game winddown, England would have conceded at least two goals but for the brilliance of Everton goalkeeper, Jordan Pickford, who was yet to concede a goal in the tournament, and made crucial saves, denying German forwards, Timo Werner, and Kai Havertz, chances to brighten their team chances.

Also, the goalkeeper’s tricks were also responsible for Bayern Munich’s forward, Thomas Muller’s inability to score an equalizer before Kane struck to increase the goals to two.

Following the victory, England would proceed to the quarterfinal and face either Sweden or Ukraine on Saturday at the Olympic stadium in Rome.

The English would during this match rely on Sterling, who steered in Luke Shaw’s cross after 75 minutes, to send the over 40,000 England fans inside Wembley into wild celebrations.

The win was secured with another moment of significance four minutes from time when captain Harry Kane, who had once again struggled to influence the game, headed in from substitute Jack Grealish’s perfect delivery for his first goal of Euro 2020.

Southgate’s team selection raised eyebrows when he decided to leave the creative talents of Grealish and Phil Foden on the bench and showed huge faith in Arsenal teenager Bukayo Saka by starting him after his fine performance against the Czechs.

Saka was excellent, the early spark when England struggled, while Grealish added the crucial important factor when he came off the bench to finally help break the Germans down.

The scenes at the final whistle demonstrated just how important this win is for Southgate and England, digging deep and surviving periods of struggle to overcome old rivals who have so often got the better of them.