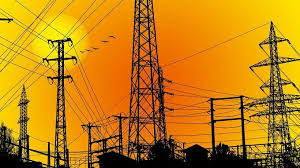 The National Union of Electricity Employees (NUEE) has suspended its nationwide strike over unpaid salaries after causing a blackout across the country.

The workers suspension of the industrial action is said to be for two weeks to allow the Federal Government address all their demands placed before it.

A conciliation meeting was said to have been held between representatives of the Federal government and the striking electricity workers in Abuja on Wednesday.

At the end of the meeting, the workers were said to have agreed to suspend the industrial action which had thrown the country into a total blackout.

In their unanimous voice, the workers expressed optimism that the government would listen to the voice of reasoning and prioritize their welfare and wellbeing.

Earlier, the Eko Electricity Distribution Company (EKEDC) confirmed the strike development and said that most stations within their network have been shut down.

Through a notice to its customers, on Wednesday, it apologized for the inconveniences and promised to resolve the issue with stakeholders as soon as possible.

EKEDC said that the grounding of activities at the TCN controlled power stations had led to disruption of electricity supply to customers across the country.

“In the meantime, we would like to reassure our esteemed customers that we are currently working with the relevant regulatory authorities and the parties involved to reach an amicable resolution. Thank you for your understanding” it said.

Meanwhile, Ikeja Electric also said that due to the ongoing nationwide strike, they were currently experiencing disruption of power supply as most stations within our network have been shut down.

“Kindly bear with us as we await amicable resolution by the relevant stakeholders. Thank you for your usual understanding and cooperation,” it said.

As gathered, NUEE in a notice signed by its General Secretary, Mr Joe Ajaero, had directed its members to stop work  effective Aug. 17.

The union had earlier issued a 14-day ultimatum to the Chief Executive Officer of TCN on May 18, threatening to shut down tools if its complaints were not resolved.