Just In: Dozens escape death after another building collapse in Lagos 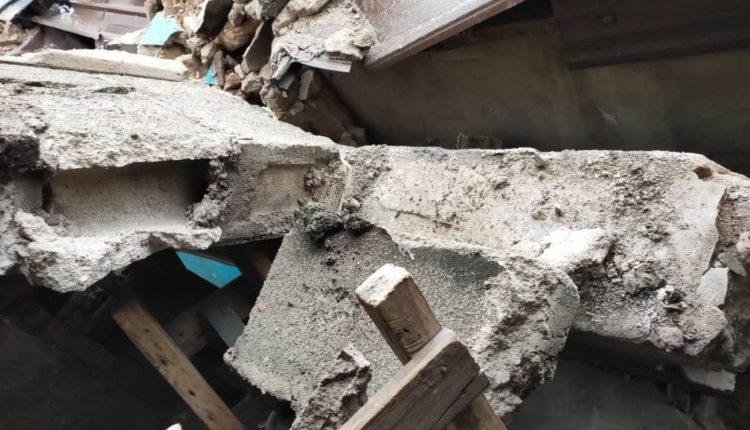 Dozens of residents in Iyana Ipaja axis of Agege Local Government, Lagos State on Thursday escaped death when a one-storey building collapsed partially in the state.

The collapsed building sited on 3 Sadiku Street, Alagba in Iyana Ipaja axis, was said to have been a result of the downpour experienced in the state which has affected commercial activities and caused some building to become weak.

An eyewitness narrated that casualties would have been recorded if not for the downpour and that the rainfall kept residents away from that section of the house that collapsed.

Confirming the development, Director-General of Lagos State Emergency Management Agency (LASEMA), Dr. Olufemi Oke-Osanyintolu, in a statement made available to newsmen, hinted that no life was lost and none of the residents sustained injuries.

Oke-Osanyintolu further hinted that buildings within the community would be subjected to Structural Integrity Test (SIP) to ascertain if they were still habitable.

The Director-General said: “Upon arrival at the scene of the incident, it was discovered that a one-storey building consisting of 8 rooms, 23 shops, and one store had partially collapsed.

“A further investigation carried out by LASEMA Response Team (LRT) revealed that the adjoining fence to the staircase collapsed. And the building affected toilet of an adjacent building”.

While confirming that the exercise was still ongoing, the LASEMA boss stated the affected structures have been cordoned off and integrity testing would be carried out on them.