JUST IN: Dogara returns to APC, ends membership with PDP 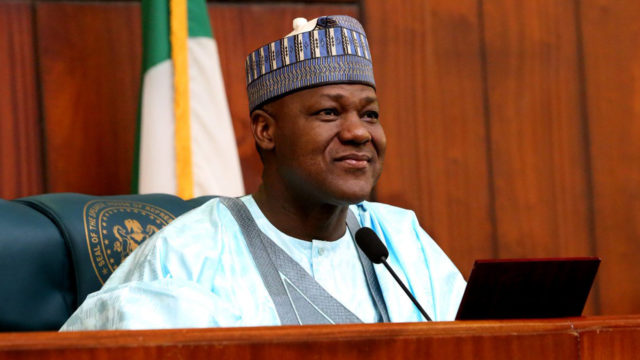 The former Speaker of the House of Representatives, Yakubu Dogara, has ended his membership with the Peoples Democratic Party (PDP) and returned to the All Progressive Congress.

The Chairman of the APC Caretaker/Convention Planning Committee and Governor of Kebbi State, Mai Malla Buni, announced his defection after the duo met with President Muhammadu Buhari at the Presidential Villa, Abuja, on Friday.

“He is now a member of the APC,” the governor told State House correspondents adding that he, alongside the former speaker was at the Villa to pay a courtesy visit on the President and to brief him on the development of the task before the Caretaker Committee.

“We paid a courtesy call on the President in continuation with our efforts in rebuilding the party, we are here to see Mr. President and brief him on the development. On Dogara, well, they (Nigerians) shouldn’t be surprised because the former Speaker is a member of the APC. He is because the reason in which he left the APC is no longer there. He is back now.

“The President welcomed him, he is happy with the development, that is what he is looking for. We are rebuilding the party, and these are the steps we are taking towards rebuilding the party. We are meeting all our aggrieved members particularly those who have interest in coming back to the party, they should feel free to do so, we are assuring them and there is no crime in double assurance,” he said.

Dogara, who had been a lawmaker since 2007 representing Bogoro/Dass/Tafawa Balewa federal constituency of Bauchi State served as the 14th Speaker of the House of Representatives after decamping from the former ruling party in 2014 and re-contested under the banner of APC in 2015.

It would be recalled that the lawmaker had in January 2019 defected from the ruling APC to the main opposition PDP, a decision which had then put to rest different speculations about his political future.