The crisis rocking All Progressives Congress (APC) over who controls affairs of the party is apparently far from over after a Federal High Court in Abuja set aside the party constitution and ruled that empowered the ex-deputy secretary Victor Giadom, to act as the National Chairman.

Also, the court ruled that the APC National Vice Chairman (North-East), Mustapha Salihu, should act as the National Secretary of the party for another two weeks.

Justice S. U. Bature of the FCT High Court, in his ruling delivered on Thursday, stated that the order persists until substantive motion as filed before the court.

In a two-count charge filed by Mustapha Salihu, the judge further restrained any member of the party from preventing Giadom from performing or continuing to act as the national chairman of APC. 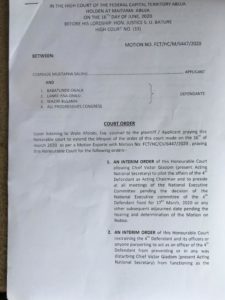 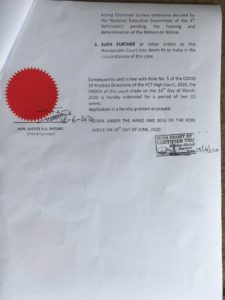