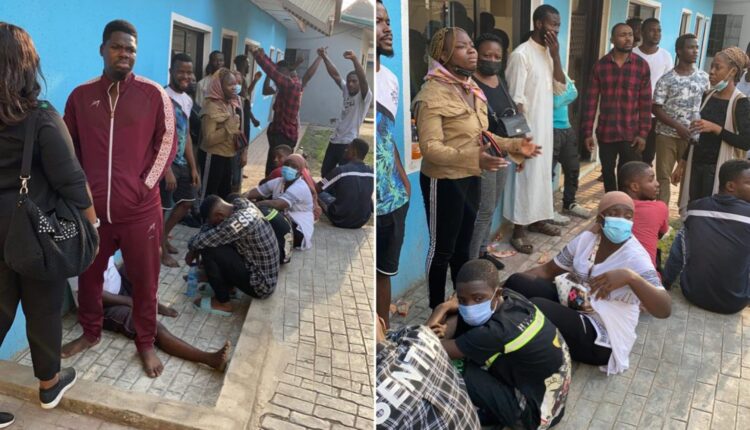 A Mobile Court sitting in Yaba has granted popular comedian, Debo Adebayo, also known as Mr. Macaroni, and 39 other occupy Lekki tollgate protesters bail after pleading not guilty to the charges leveled against them by the Nigerian Police.

The protesters were arraigned before the court by Nigerian Police on a three-count charge bordering on conspiracy, conduct likely to cause a breach of peace, and violation of COVID-19 protocols set by the Federal Government.

Confirming their release, the Police Public Relation Officer (PPRO), Lagos, Olumuyiwa Adejobi, in a statement made available to newsmen on Saturday, said that the court further adjourned the case to 2nd March 2021.

He noted that the court further ruled that on the adjourned date, the defendants must appear before it with a ertificate of COVID-19 test, proving their status.

The statement reads: “In addition, the command has arrested forty (40) suspects at Lekki Toll Gate plaza, Lagos State, on Saturday 13th February 2021, for conspiracy, conduct likely to cause a breach of peace and violation of COVID-19 protocols.

“The suspects had gathered at the Lekki Toll Gate plaza creating tension and behaving in such a manner that could cause a breach of public peace without due regard for COVID-19 protocols major of which are the use of nose masks and social distancing.

“The command has however arraigned the suspects today to the mobile court at Panti, Yaba accordingly but were however granted bail by the court. They will appear in court on the next date of adjournment, 2nd March, 2021, with the certificate of COVID-19 test”, it added.