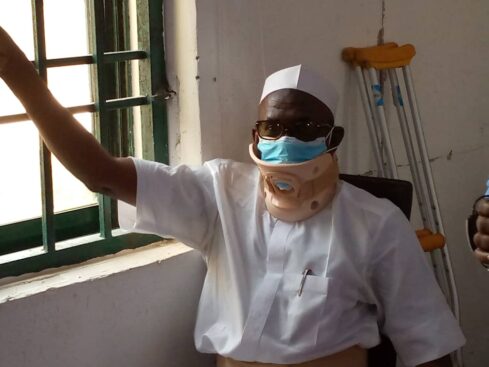 A federal High Court sitting in Kano State has granted N10 million bail to 62-year old activist, Mahdi Shehu, the whistleblower, who raised corruption allegations against the Katsina State government and inflation of money paid to kidnappers as ransom.

The court further includes in the bail condition that the defendant must provide two surety residing in Kano municipal and with plots of land within the state and that pending the completion of the bail terms, the whistleblower should be remanded Kurmawa correctional service in Kano.

Prior to the court ruling on Thursday, dozens of youths had occupied entrance of the court, expressing their displeasure over the continued detention of the defendants,

The judge, Justice Ambrose Allagoa, granted Shehu bail after pleading not guilty to all the six-count charges filed against him by the Katsina State Government.

Justice Ambrose Lewis Allagoa, the presiding judge, however, said the accused should be remanded in correctional service pending the fulfillment of his bail condition.

After granting the activist bail, the Allagoa, meanwhile, adjourned the case to May 19th for continuation of trial to determine the legality of the charges leveled against Shehu.

The Katsina State Government had sued Shehu for allegedly making false allegations of fraud and embezzlement of public funds against the administration of Governor Bello Masari.

It would be recalled that Shehu was first detained for 11 days between November and December 2020, on the orders of the Inspector General of Police, Mohammed Adamu.