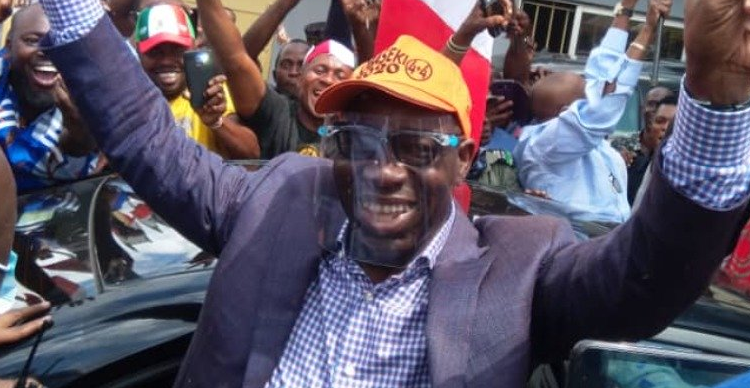 A Federal High Court sitting in Abuja has dismissed a suit on forged certificate filed by the All Progressives Congress (APC) and a leader of the party, Williams Edobor, against Edo State Governor, Godwin Obaseki, ruling that the claimants failed to prove their arguments beyond doubt.

The court further said that the plaintiffs, rather than engage in a thorough investigation including contacting University of Ibadan (UI) to verify authenticity of the Bachelor of Art certificate obtained from the institution, rested their argument on the photocopied document presented by Obaseki to Independent National Electoral Commission (INEC) before the gubernatorial election last year.

Delivering judgement on Saturday, Justice Ahmed Mohammed, added that there was no iota of truth was brought before the court by APC and Edobor in their suit filed to challenge Obaseki’s certificate.

While arguing that the issue was a criminal matter which was not prove adequately by the claimant, the judge noted that the Deputy Registrar (Legal) for the varsity had earlier given evidence in the suit that the university duly issued the certificate to the governor.

According to him, the governor was duly admitted to study Classics which was later renamed Classical Studies in 1976 and graduated in 1979.

It would be recalled that APC and Edobor had filed the suit alleging that the governor presented a forged certificate to seek re-election in the Edo State governorship election held on September 19, 2020.

They further argued that the said document was purportedly issued by the University of Ibadan, while the governor presented same to  INEC which conducted the poll.