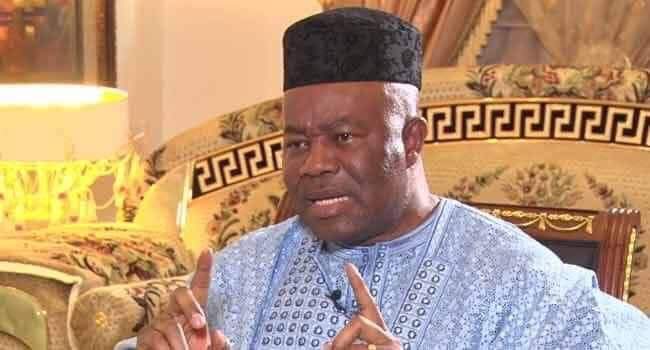 Ahead of next year’s election, the Federal High Court sitting in Abuja has ordered the Independent National Electoral Commission (INEC) to accept and publish the name of Akwa Ibom State’s former governor, Godswill Akpabio, as the authentic candidate of the All Progressives Congress (APC) for North-West Senatorial District of the state.

The court held that INEC acted illegally by refusing to accept and publish Akpabio’s name even when it was sent to it by the APC as its candidate.

Delivering the ruling on Thursday, Justice Emeka Nwite declared that the former Minister, Niger Delta Affairs was the authentic candidate since he was certified by the party.

Nwite added that Akpabio was validly nominated as the Akwa – Ibom Northwest Senatorial District candidate of the APC from the primary conducted by the party’s National Working Committee (NWC) barely three months ago.

He said INEC is bound by the provisions of Section 29 (3) of the Electoral Act to publish only the personal particulars of the candidate of the first plaintiff for the Akwa-Iborn Northwest Senatorial District elections in the person of the second plaintiff (Akpabio) as received from the first plaintiff.

The judge also declared that INEC cannot publish any other name or particulars of any other candidate as the candidate of the APC for the Akwa – lbom North/West Senatorial District elections, except as nominated, submitted, and received from the APC

He further ordered INEC to publish the name and particulars of Akpabio as the candidate of the APC for the Akwa-Iborn North/West Senatorial District in the 2023 general elections as nominated and submitted to it by the APC.

“As of today, we have not received any court order/judgement,” he said when asked if INEC will obey the verdict. Based on our rules, we respect court orders because under Section 287 of the Constitution; we are a public institution and are bound to obey orders from properly constituted courts of law.

“But we have to receive the judgement, study the judgment, understand what has transpired in relation to the matter, and then make a decision on what the court expects us to do and also make a decision whether the commission will appeal against such a judgement.”

Okoye also defended the commission’s decision to deploy the Bimodal Voter Accreditation Systems (BVAS) for voter accreditation and verification ahead of the 2023 polls.

According to him, the decision to adopt BVAS followed challenges it experienced during the 2015 and 2019 general elections.

On plans by some politicians to challenge the legality of BVAS in court, the INEC National Commissioner explained that the technological device is backed by the Electoral Act.