Just In: Barcelona head out of champions league after… 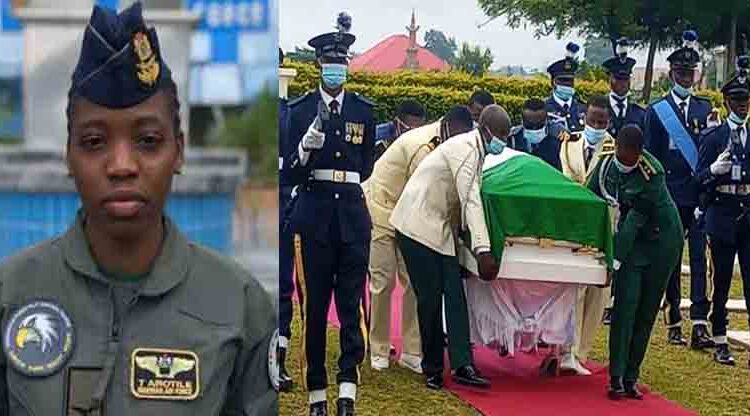 A Magistrate Court sitting in Kaduna State has charged driver of the vehicle that killed first female combat pilot, Tolulope Arotile, for murder, and discharged two other suspects arraigned before it in connection with the death.

The court ruled that the driver, Nehemiah Adejor, committed culpable homicide and that his role in the flight officer’s death last month was an act of criminal conspiracy, though, not punishable by death.

It would be recalled that Arotile was knocked down and killed by a vehicle driven by Adejor, who was her secondary school mate on July 14, at the Nigerian Air Force Base, Kaduna.

Benjamin, in its ruling on Thursday, stated that the other suspects were discharged based on police investigation which did not find Igbekele and Deji wanting.

According to the magistrate, legal advice from the state’s Director of Public Prosecution (DPP), Bayero Dari, further indicated that both suspects had no case to answer.

During court proceedings, the prosecution Counsel, DSP Martins Leo, prayed the court to discharge the second and third suspects, as their investigation did not find them wanting.

The DPP in his submission told the court that there was no premeditation in the death of Arotile, but there is sufficient evidence to prosecute the 1st suspect, Adejor, for culpable homicide not punishable with death.