My husband’s disappearance made me sell my daughters… 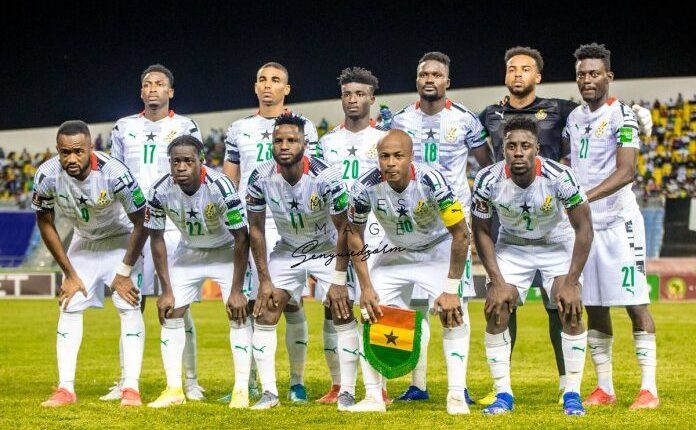 The Comoros national football team has defeated the Black Stars of Ghana 3-2, eliminating the West African team from the Africa Cup of Nationa (AFCON) tournament in Cameroon.

Ghana’s defeat against the Comoros Island marked the first time in many years that the Black Stars would not be progressing to the next round of the biennial football showpiece in Africa.

Although, the black stars, who played over 75 minutes of the game with a one-man down after a harsh early red card for lead striker Dede Ayew., could have ended the game in a draw but allowed their opponent’s strike in the 85 minutes to seal the victory for the Comoros team

After the third goal by the debutant, Ghana’s AFCON campaign came to a humiliating end on Tuesday at Garoua’s Roumde Adjia Stadium to finish bottom of Group C with just a single point.

El Fardou Ben Mohamed scored Comoros’ first ever goal at the continental finals before Ahmed Mogni added a second just past the hour-mark.

After several minutes of play, goals from Richmond Boakye and Alexander Djiku levelled the game up for Ghana, but Mogni grabbed a winner for the tiny island nation with five minutes remaining.

Elsewhere, Morocco topped Group C with seven points and was trailed by Gabon on five, who also advance to the second round. Comoros has an outside chance of being among the best third-placed finishers, though their minus-two goal difference will likely count against them.

Ghana is among the four-times winners of the tournament, although not since 1982, and last reached the final in 2015.