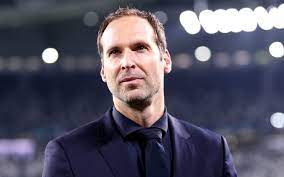 The Chelsea technical and performance advisor, Petr Cech, has resigned from his position, ahead of the 2022-2023 season.

Cech said that his decision was to allow the new management to operate as envisioned by the new owners, Todd Boehly and Clearlake Capital.

The former goalkeeper, who has been their technical and performance advisor since 2019, resigned days after the sporting director, Marina Granovskaia, and club chairman, Bruce Buck, left the west London side.

As gathered, Cech’s departure came despite efforts from Boehly to keep him on board and use his expertise during the current transfer window, even after a series of meeting between him and the new owner.

Confirming his departure, the club, through a statement released on Monday, said that the former adviser’s position would be officially vacant on June 30th when he would have completely handover to the management.

It added that his resignation was contained in a letter sent to the new owner, stating his reasons for his actions.

In the letter, Cech said: ‘It has been a huge privilege to perform this role at Chelsea for the past three years. With the club under new ownership, I feel now is the right time for me to step aside.

“I am pleased that the club is now in an excellent position with the new owners, and I am confident of its future success both on and off the pitch.

Boehly, chairman and co-controlling owner, said: ‘Petr is an important member of the Chelsea family. We understand his decision to step away and thank him for his contributions as an advisor and his commitment to the club and to our community. We wish him the best.’

Tinubu leaves for France, prepares to meet Nigerians abroad, others