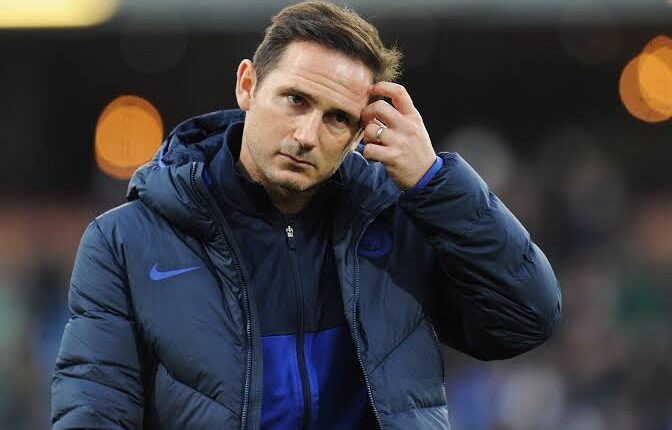 The club added that decision to sack the former captain of the club, 18-months after his appointment, was taken after continued poor performance of the team.

Through a statement released on Monday, the club argued that the expectations from the former manager, before his sack, was to restructure the team towards becoming title contenders.

It noted that rather, Chelsea, under Lampard, has become mid-table contenders and that their stance in continental football has been greatly affected under his reign.

According to the statement, Chelsea Football Club has today parted company with Head Coach Frank Lampard”.

Chelsea added that “results and performances have not met the club’s expectations, leaving the club mid-table without any clear path to sustained improvement”.

Lampard, who is the club’s all-time leading goalscorer, enjoyed a good first season as Blues boss, taking them to the FA Cup final and securing qualification for the Champions League.