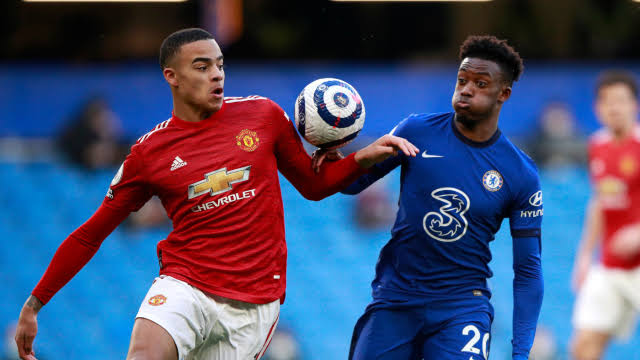 Two English football giants, Chelsea and Manchester United, have settled for a 1-1 draw during their week 13 Premier league encounter played at the Stamford bridge stadium.

Manchester United opened the goal chart through its forward, Jadon Sancho, after pouncing on Jorginho’s mistake during the 50th minutes of the encounter.

Barely 19 minutes after, Jorginho recovered from gifting Jadon Sancho his first Premier League goal to score a penalty and earn leaders Chelsea a draw during the game played on Sunday.

Set up to counter-attack by caretaker boss Michael Carrick, United offered little going forward in the first half, but Sancho pounced on Jorginho’s heavy touch to put the away side ahead five minutes after the break.

The match result leaves Chelsea a point ahead of Manchester City, while United maintained their eighth place on the EPL table.