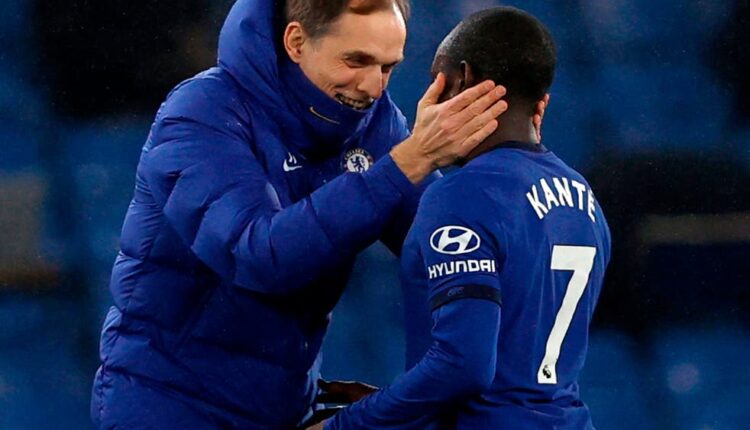 An English football club, Chelsea FC, has returned to the English Premier League (EPL) top four after edging past former champion, Liverpool, 1-0 to boost their chances of lifting the trophy this season.

Chelsea secured a vital win in the battle for the top four, defeating Liverpool 1-0 in their Premier League clash away at Anfield, Liverpool’s home ground, following its winger, Mason Mount, only goal of the encounter and was scored on 42nd minute of the game.

The English winger scored the only goal of the game with a sublime finish just before the interval, to ensure the Thomas Tuchel team, Chelsea, occupy the game’s driver seat.

The London club would have recorded more goals against the Jurgen Klopp Liverpool tutored team but the Video Assistant Referee (VAR) disallowed Timo Werner opener for being caught up by an off-side trap set by their opponent.

The Reds struggled throughout the contest, even with the introduction of  James Milner, Alex Oxlade-Chamberlain, and Thiago Moja, Liverpool could not break Chelsea’s defense and ended the match in defeat, as well as the fifth subsequently league game in a row on home soil, an unwanted club record.

For Chelsea, their new form would further be tested during their next match against Everton at their home ground, Stamford Bridge in their Premier League clash scheduled for Monday while Liverpool will look to bounce back and prevent the sixth league defeat on Sunday at Anfield in their match against Fulham that recorded a lost against Tottenham Hotspurs on Thursday.