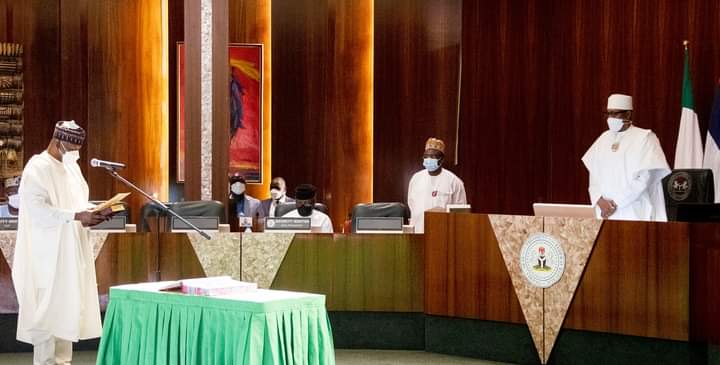 President Muhammadu Buhari has sworn in Mu’Azu Sambo as the minister of state for works and housing, with a mandate to bring his expertise into delivering better infrastructures across the country.

Buhari said that the appointment and swearing-in ceremony was done to fill the vacuum left by the ministers earlier relieved of their appointments.

The president performed the swearing-in on Friday at the State House Council Chambers, Abuja, barely 48 hours after the Senate screened and cleared Sambo for appointment as a minister.

The newly sworn-in minister would be replacing another Taraba State indigene, Saleh Mamman, who was sacked alongside his agriculture counterpart, Sabo Nanono, over poor performance in September. 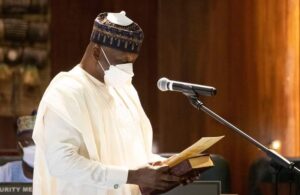 Before his confirmation at the Senate, Sambo told the lawmakers that he knew the problem stalling the commencement of the Mambilla power project.

The Taraba-born indigene, who had worked in financial and maritime sectors for over 35 years, further assured the Senate that he would make a difference within a year in office if posted to the Ministry of Power.

It would be recalled that the president had in a letter dated December 8, 2021, requested the Senate to confirm Sambo’s nomination.