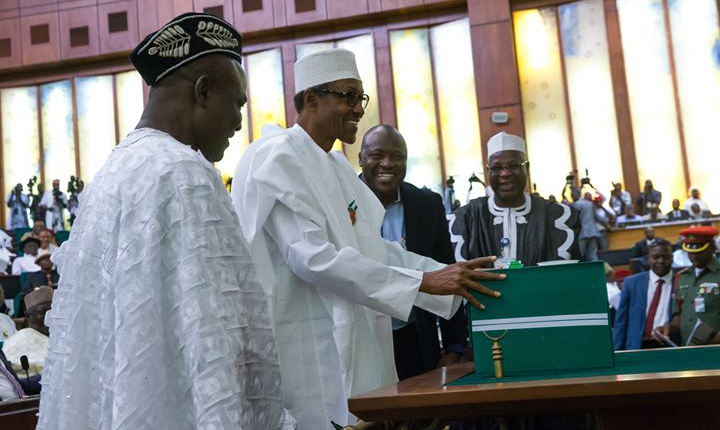 President Muhammadu Buhari has presented a total sum of N16.39 trillion before the National Assembly as the budget for year 2022, and promised that the funds, if approved, would be majorly used towards diversifying the economy to reduce dependence on revenue realised from oil explorations.

Buhari said that the budget would be used by the administration to Invest in critical infrastructure, Strengthening security and ensuring good governance for citizens across the country.

The president, while disclosing that the budget was the last that the administration would be responsible for its full implementation, added that the funds would also be used to create a vibrant, educated and healthy populace, lift people out of the poverty bracket as well as minimizing regional, economic and social disparities.

As part of the welfare package, the president noted that N577 billion has been earmarked for Pensions, Gratuities and Retirees’ benefits, Overheads was N792.39 billion and N5.35 trillion set aside for Capital Expenditure which includes the capital component of Statutory Transfers.

He hinted that the apex government would be using the sum of N3.61 trillion to service existing debts while Sinking Fund of N292.71 billion to retire certain maturing bonds.

Buhari explained that the budget was prepared with an oil price benchmark $57 per barrel with daily oil production estimated at 1.88 million barrels and that the exchange rate of N410.15 to a United States dollar.

According to him, we plan to finance the deficit mainly by new borrowings totalling N5.01 trillion, N90.73 billion from Privatization Proceeds and N1.16 trillion drawdowns on loans secured for specific development projects.

Addressing a joint session of the National Assembly on Thursday, the president noted that the 2022 Appropriation, was tagged Budget of Economic Growth and Sustainability, was based on projected Gross Domestic Product (GDP) growth rate of 4.2 percent and 13 percent inflation rate.

The president, who promised that defence and internal security, would continue to be the administration to be our top priority,” the President said. “We remain firmly committed to the security of life, property and investment nationwide.

“We will continue to ensure that our gallant men and women in the armed forces, police and paramilitary units are properly equipped, remunerated and well-motivated.”

He also noted that the 2022 budget is the first time in Nigerian history, where Ministries, Departments and Agencies (MDAs) were clearly advised on gender-responsive budgeting,

According to him, these are part of critical steps in our efforts to distribute resources fairly and reach vulnerable groups of our society.