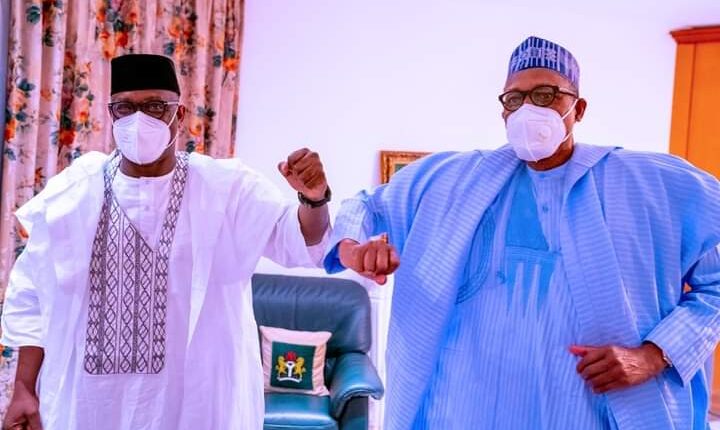 President Muhammadu Buhari and Niger State Governor, Sani Bello, were currently having a crucial emergency meeting over Government Science Colleg in Kagara where 27 students, three teachers, and 12 family members of the staff were abducted by bandits.

The meeting was said to be underway at the Aso Villa, in Abuja, as part of the strategy to rescue the students, their teachers, and the staff families that were picked from their quarters in the school.

Bello, in a statement released by the State Government official social media handle on Wednesday, said that the governor’s visit was to brief the President on the security situation in the State.

The visit by the governor to the president came hours after he met Federal Government delegation including the Inspector-General of Police, Muhammad Adamu, Minister of Information and Culture, Lai Mohammed, and others on the abduction.

Before the meeting, the governor, in the company of his Deputy and all the State Executive Council members, inspected the school and the boarding facilities to ascertain the extent of damage and others.

He met with the school management and some security agents to boost their morale and assured them of Government’s determination to rescue the students and bring an end to the menace.