Rather than approve Inspector-General of Police (IGP), Muhammadu Adamu, retirement after statutory 35 years in service, President Muhammadu Buhari has given Adamu another three months to pilot affairs of the law enforcement agency and prepare a possible successor for the office.

The extension of tenure was announced by Minister of Police Affairs, Maigari Dingyadi, during an interview with newsmen on Thursday, at the State House, Abuja.

Dingyadi explained that the decision to extend the tenure of the police chief was to give the Federal Government ample time to select the appropriate person to succeed him. 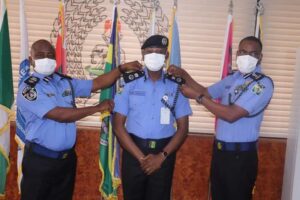 Minutes after the minister announced the tenure extension, the IGP decorated some newly-promoted officers, his Principal Staff Officer (PSO), Idowu Owohunwa, and the Force Education Officer, Rabi Umar, at the Force Headquarters in Abuja with the rank of Commissioner of Police.

Adamu, whose tenure as the Inspector-General of Police elapsed on Monday, after two years, was first appointed as the police boss in an acting capacity on January 15, 2019, succeeding IGP Ibrahim Idris.

About two weeks after he took over, Adamu submitted the names of six new Deputy Inspectors-General of Police (DIGs) to the Police Service Commission for general approval.

He was later confirmed as the 20th indigenous Inspector-General of Police on May 23, 2019 – four months after his appointment.