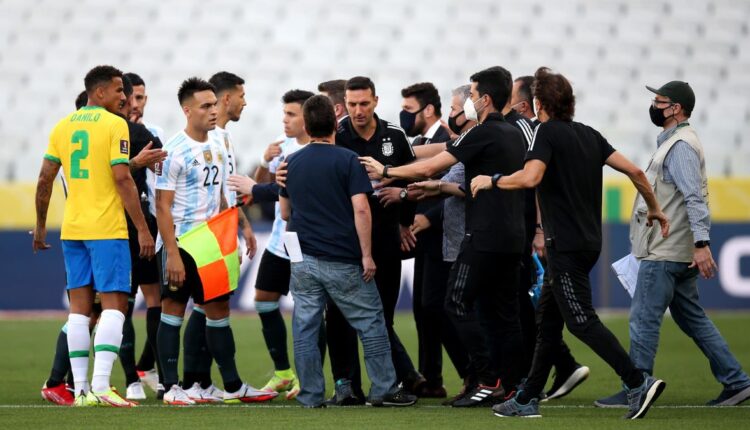 The 2022 Qatar World Cup qualifying match between Brazil and Argentina has been stopped after the Brazilian authorities attempted to detain four English Premier League players for failing to embark on self-quarantine on arrival in the country earlier.

Both teams were about to intensify activities on the pitch when the health officials as well as law enforcement officers arrived at the stadium and interrupted the proceedings, demanding that the four players be excused from the game.

The high-profile match at the Neo Quimica Arena in Sao Paulo on Sunday evening, which featured Lionel Messi and Neymar among a star-studded cast, was interrupted as an argument erupted on the sidelines in farcical scenes, and the game was eventually abandoned