We will prosecute anyone disseminating fake news henceforth-… 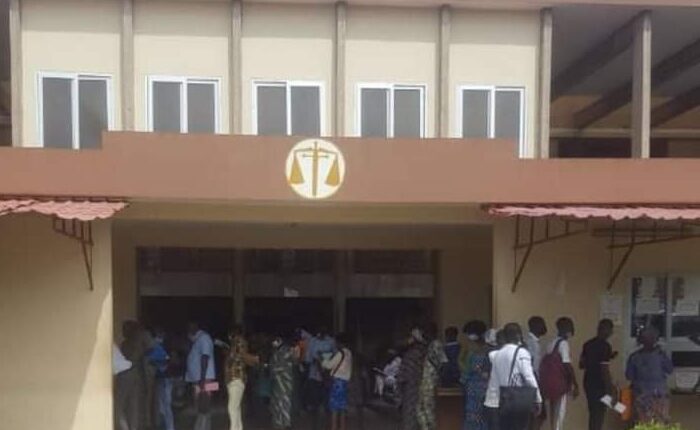 After several hours of proceedings, the Republic of Benin court has remanded Yoruba Nation agitator, Sunday Adeyemo, popularly called Sunday Igboho, alongside his wife, Ropo, and adjourned the case for further hearing on the allegations leveled against him.

The court ruled that the Yoruba Nation agitator and the wife should be returned to the custody of Brigade Criminelle in Cotonou, Benin Republic, where they had been detained since the law enforcement agency arrested them at the airport en route to Germany

During the hearing, some of the issues that formed the center of contention between the defendant’s legal team led including Yomi Alliyu, and that of the Benin Republic prosecution team as well as others were that Sunday Igboho should not be repatriated back to Nigeria.

Other issues that also became an argument between both parties were that Sunday Igboho was not a citizen of the Republic of Benin and that he obtained the country’s passport through illegal means.

Sunday Igboho and his wife were arrested at the Cardinal Bernardin International Airport, Cotonou after the passport with the couple was discovered to have obtained through unapproved means.

After the hearing, the government lawyer didn’t address journalists and the Sunday Ìgbòho’s lawyer, however, said that the time was not right for him to speak on the case leveled against his client.

The judge’s ruling, it was learnt, did not go down well with dozens of Sunday Igboho’s supporters that had occupied the court in solidarity with their leader who was battling against his proposed repatriation to Nigeria after his arrest.

Sunday Igboho’s supporters were said to have arrive the court premises earlier to witness the arraignment and other activities that may occurred during proceedings which was expected to start before 12 pm inside the court.

At the premises, the supporters took turn to address pressmen, reiterating reasons Sunday Igboho and his wife should not be handed over to the Nigerian government.