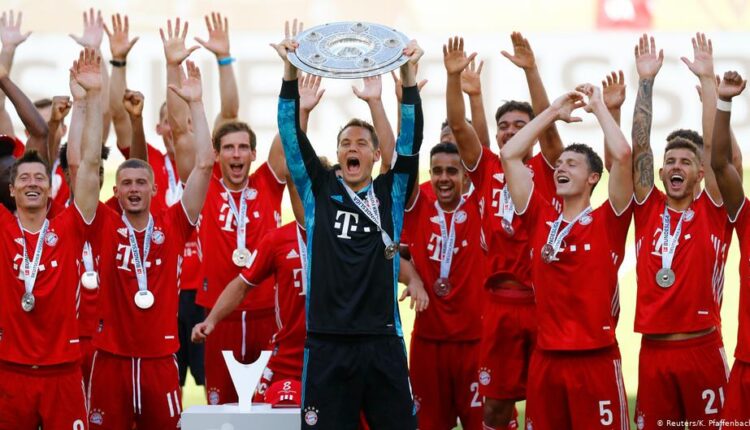 Less than two rounds of matches to the end of 2020/2021 German Bundesliga season, Bayern Munich, has won its ninth straight season title after RB Leipzig, its closest rival, lost 3-2 to Borussia Dortmund.

Following the outcome of the match played at the Signal Iduna Park, the home ground of Borussia Dortmund, the defending champion was already guaranteed winner of this season’s Trophy.

Before the match, Bayern, who had played 31 games with 71 points, seven points better than Leipzig, was hoping to defeat Borussia Moenchengladbach, irrespective of its closest rival’s result, to become a certified winner this season but were handed the trophy hours before their 32nd match kick-off.

England’s Jadon Sancho doubled the lead after Marco Reus got the first goal, but Lukas Klostermann and Dani Olmo made it 2-2 before Sancho’s winner confirmed Bayern as champions before their game with Borussia Monchengladbach.

The victory came weeks after Bayern announced RB Leipzig boss, Julian Nagelsmann, would join them on a five-year contract at the end of this season after current manager, Hansi Flick, said he wanted to leave the club.

Meanwhile, Dortmund’s win lifted them to the fourth spot on the league table and kept alive their chances of qualifying for next season’s Champions League tournament.