Nothing will happen to residents, property in Magodo-… 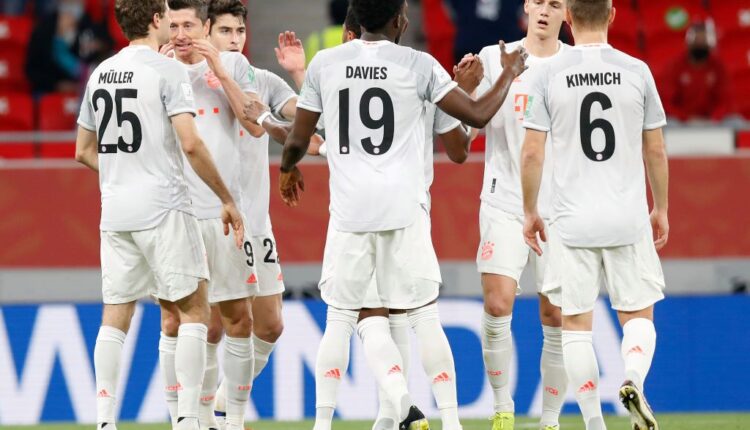 During the match played at the Ahmed bin Ali Stadium on Monday, the German club’s striker, Robert Lewandowski, notched a brace to put the clash beyond the African team’s reach.

The Polish forward scored the first goal from close range in the first half before converting a Leroy Sane’s cross for his second five minutes before end of the encounter played before a sizeable number of spectators in Qatar.

The European champions were swiftly into their irresistible rhythm, and the African kings were indebted to its team’s goalkeeper, Mohamed El Shenawy, for keeping the deadlock intact in the opening quarter-hour.

Minutes later, however, the breakthrough came. Kingsley Coman’s right-wing cross found Serge Gnabry in a shooting position, but he cannily cut the ball back to Lewandowski, who took a touch and fizzed a low drive past El Shenawy before he could react.

Al Ahly quickly had their first chance, but Taher Mohamed’s header from a fine Mohamed Hany centre went straight at Manuel Neuer, while Lewandowski, the impressive Joshua Kimmich, and Alphonso Davies all spurned chances to amplify Bayern’s lead before the break.

Bayern continued to enjoy the best of the possession and the chances in the second half, but Al Ahly threatened on the break, albeit failing to test Neuer.

With minutes remaining, substitute Leroy Sane dinked a cross to the back post to give Lewandowki a simple header and put the contest to bed. Hansi Flick’s men were not at their best, but were clinical when they needed to be to put the Egyptian side to the sword.