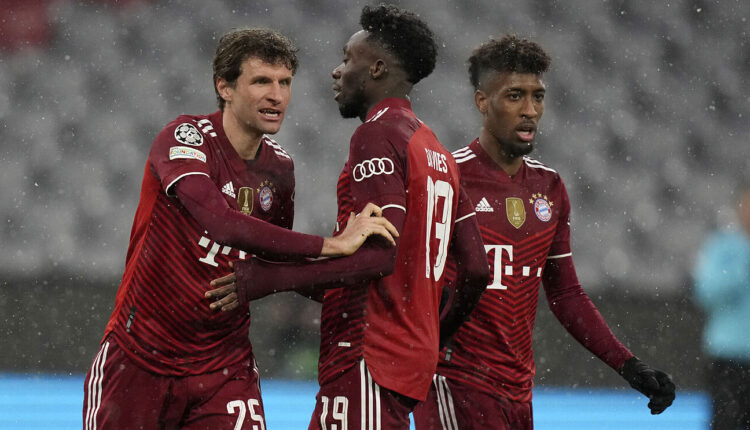 The Spanish football giant, Barcelona, has been dumped out of the Union of European Football Associations (UEFA) champions league after losing 3-0 to German champion, Bayern Munich, during their week six encounter.

Barcelona’s inability to cross proceed from the group stage to the round of 16 marks the end of a 17 years era that the Catalan club had continuously competed in the knockout stages of the competition.

During the game played on Wednesday night, Barcelona could not achieve a victory against their opponent and the finished third in Group E and would drop into the Europa League when the competition resume next year.

Barcelona needed to match or better Benfica’s result at home against Dynamo Kyiv to progress to the last 16, but the Portuguese side comfortably won their game 2-0.

Playing behind closed doors in Munich’s Allianz Arena, Thomas Muller opened the scoring on 34 minutes with a lofted header that just crossed the line. Ten minutes later, Leroy Sane scored Bayern’s second goal with a long-range effort that Barcelona goalkeeper Marc-Andre ter Stegen should have done better with. Jamal Musiala added a third from close range in the second half.

Barcelona has not played in the Europa League since 2004, when Celtic knocked them out in the round of 16. That was also the last year that the Catalan club failed to feature in the Champions League knockout stage.

This was the second defeat in a row for new Barcelona head coach Xavi, who suffered his first since returning in a non-playing role against Real Betis at the weekend.