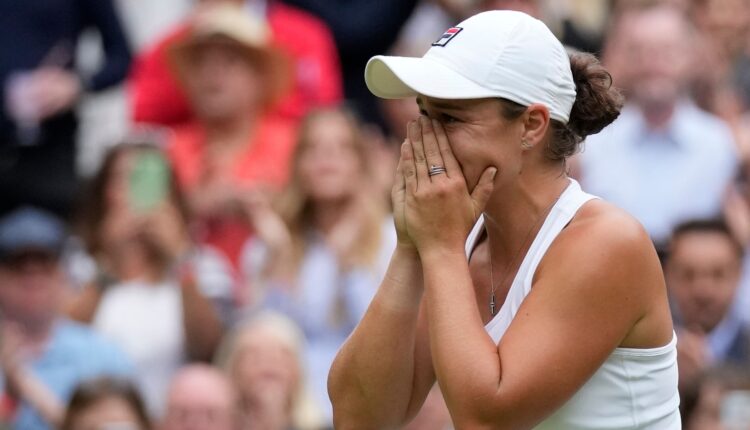 The Australian tennis player, Ashleigh Barty, has lifted her maiden Wimbledon title after capitalising on a nervous display by Czech Republic opponent, Karolina Pliskova, ending 41 years since any woman from her country wins the title.

Barty, who is currently ranked world number one on the Women Tennis Association (WTA) ranking, won the first 14 points to take early charge in a 6-3 6-7 (4-7) 6-3 win on the 50th anniversary of her idol and a fellow Australian, Evonne Goolagong Cawley’s maiden win at the tournament as well as the last Australian to hoist the shield in 1980.

Although Pliskova settled in the second set, rediscovering her big serve but errors crept back in the third and aided Barty to seal her second Grand Slam title after Pliskova netted a backhand.

Barty had the chance to serve out the victory at the 12th game during the second set of the encounter on Saturday but she was broken as Pliskova forced a tie-break, which the Czech won when the Australian double-faulted.

The Australian took an early break in the third, which proved decisive as she added the Wimbledon trophy to the French Open title she won in 2019, her maiden grand slam title.

Both women were making their debut in the final of the grass-court Grand Slam – the first time since 1977 that had happened – and that may go some way to explaining the rollercoaster nature of the match.

Speaking after her victory, Barty, who described the win as incredible, said: “”I have to thank every single person in this stadium. You’ve made my dream so special”.

The player, addressing the the packed Centre Court crowd that cheered her to victory, commended her opponent for the fight put up, stressing that she showed her worth with the fight back.