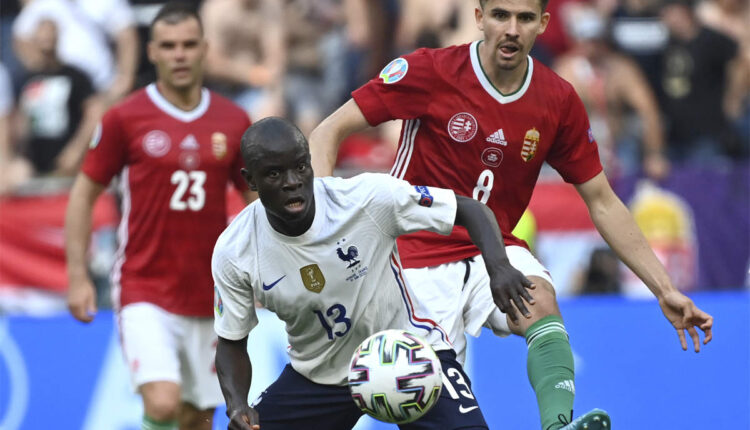 The French forward, Antoine Griezmann’s 66th-minute strike has earned France a point against Hungary, forcing the game to end at 1-1 draw after Attila Fiola’s 45th-minute strike puts their opponent ahead during the EURO 2020 encounter.

Despite having several opportunities than their opponent, the France team which parades strikers like Real Madrid hitman, Karim Benzema, and Paris Saint Germaine (PSG) forward, Kylian Mbappé, could not break down the Hungarian defense.

The Hungarian goalkeeper, Péter Gulácsi, who plied his trade with the German club, RB Leipzig, ensured that all efforts except that of Griezmann were prevented from gaining access into the net.

Following outcome of the encounter played at the PUSKÁS ARÉNA in Budapest, Hungary’s capital on Saturday, the French national team moves to the top of Group F on four points as they edge closer to qualifying for the knockout rounds.

The France team, tutored by Didier Deschamps, who arrived at the tournament after World Cup champion, could book their place in the next stage of the tournament before they face Portugal in their last game though if Germany loses their game against the Portuguese.

Meanwhile, the Hungarians moved into third place and give themselves a boost towards qualifying for the last 16, provided they could defeat Germany during their next time out.

During the match, France, who came from behind to earn a 1-1 draw with Hungary, dominated the first half, but Benzema and Mbappe both missed some great chances to ensure their team takes the lead.

A mistake at the back allowed Hungary to counter and Fiola gave them a shock 1-0 lead at the break and France struggled in the second half, but they did manage to find an equalizer after Griezmann fired in Orban’s poor clearance.